Kim Kardashian is clearing up rumors that she made an engagement bet with boyfriend Reggie Bush.

Kardashian, 29, took to her blog to clear up reports that the reality star made a deal with her NFL beau that if the Saints won the Super Bowl, Kim would get an engagement ring.

"There is a story going around saying I made a bet that Reggie would propose if The Saints won the Super Bowl," Kim writes. "This is not true. I never made any kind of bet. A radio interviewer asked what I dreamed for in 2010 and I was hesitant and thinking about it and they said what about a ring... I said yes, a Super Bowl ring for Reggie. Then they said that if he gets a Super Bowl ring, I get an engagement ring, and I said, 'Ok deal!' LOL"

Kardashian insists that her comments were "taken way out of context" by media outlets.

Kim concludes, "I just wanted to clear that up!"

Kardashian and Bush have been dating since 2007. The couple briefly split in July, but reconciled in September.

Check out some of the Kardashian sisters' skimpiest outfits! 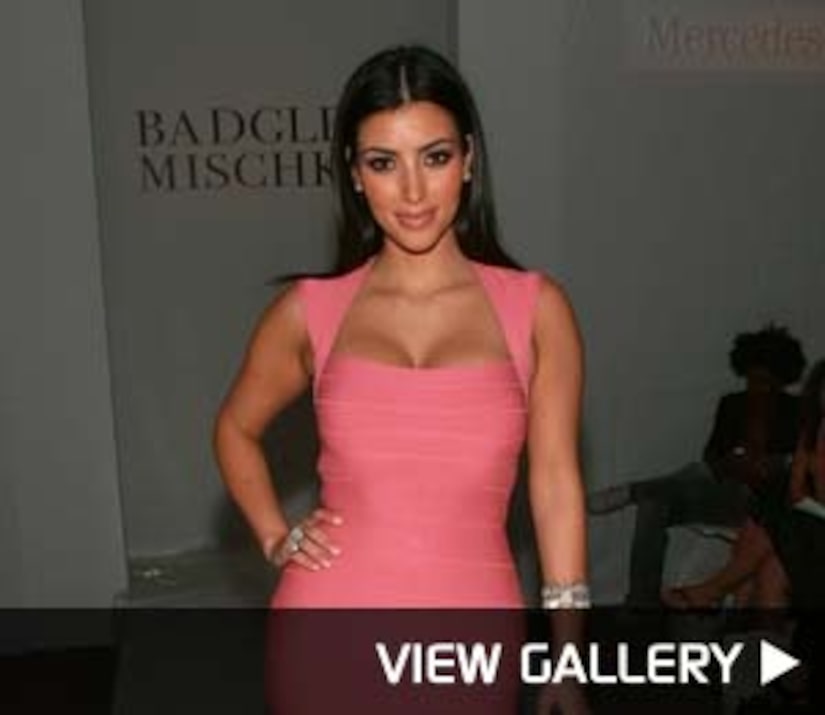