"The Bachelor" Jake Pavelka isn't quite through with drama. 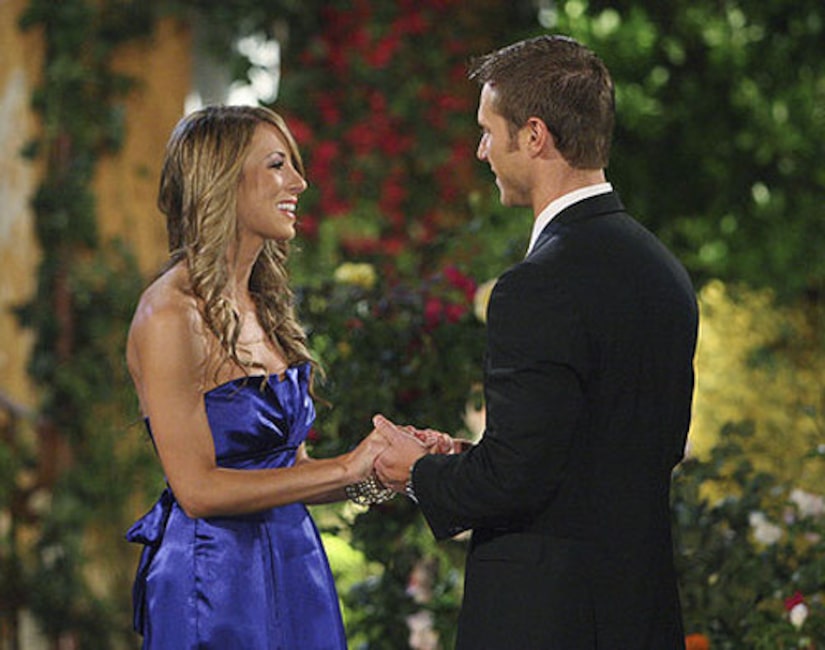 After the shocking revelation that contestant Rozlyn Papa allegedly had an "inappropriate" relationship with "Bachelor" staffer Ryan Callahan -- which she denies -- contestant Tenley drops another bombshell on Pavelka: she's pregnant!

Tenley, who works in admissions for the Fashion Institute of Design and Merchandising in Huntington Beach, Calif., confesses in a preview of next week's episode that she's pregnant.

The 25-year-old was previously married, and said on the show, "I haven't dated anyone since my ex-husband," leaving fans to wonder who the father is.

Former "Bachelorette" Jen Schefft visited "Extra" to discuss this season's drama on the show, saying she doesn't know how Papa could look for love on the show -- then hook up with another man.

"Maybe this guy showed her some extra attention," Jen suggests. "'He's only got eyes for me' -- where Jake has eyes for 15 other girls. I can see how that would make her feel good."

Schefft, who appeared on both "The Bachelor" and "The Bachelorette," found love with fellow Chicago native Joe Waterman. The happy couple married in May 2009.

Schefft has teamed up with www.LittleBlackDressWines.com to auction off celebrity-owned dresses for charity. "Bid on dresses this year from Ashlee Simpson, Mary J. Blige, and even Jillian Harris," Jen says.

Don't miss it when more of the drama unfolds as "The Bachelor" airs Monday on ABC.