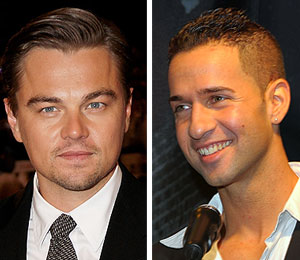 The cast of "The Jersey Shore" may be rubbing elbows with the rich and famous now -- but an encounter with Leonardo DiCaprio still left Mike "The Situation" starstruck.

Mike explains meeting the celebrity at Hollywood hotspot Voyeur during an interview on the "Chelsea Handler Show." "We were with Kevin Connolly the whole night, and he's like, 'Oh I want to bring you to this VIP table'...all of a sudden we walk over, and somebody's got a hat on... and he's like, 'Oh I want you to meet someone.' I look up and it's Leo and he goes, 'GTL baby!' And I was like 'Yeah!'"

GTL is "Jersey Shore" speak for gym, tan, laundry -- three necessities that the Situation shares with friend and co-star, Pauly D. "GTL is something that's between me and him... we had the same outlook on everything. It was pretty much GTL from the start."

See how well the cast knows the Garden State

"Jersey" girl Jenni J-Woww Farley seems to have made a good impression on the "Revolutionary Road" star -- she posted a picture on her Facebook page of the two partying together. 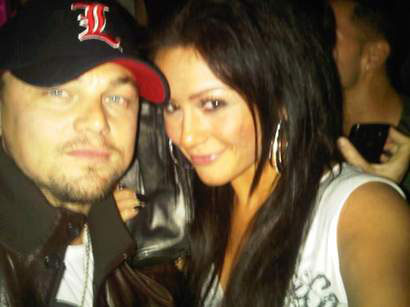 The MTV stars have enjoyed life in the spotlight after the series made headlines when Snooki was punched in the face.

"Obviously it was hard to watch," Snooki says of the infamous sucker punch. "But what I got out of it is I have a tough face... nothing broke. I still look good."

Snooki also confessed that she and cast member The Situation have hooked up -- but there's no weirdness.

"It's not awkward at all. Like, if I want to makeout with him right now I can," Snooki says. "It's not weird." 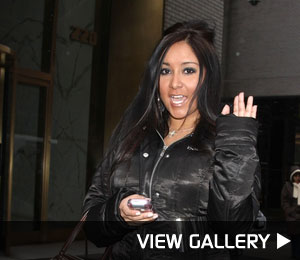