The feud between Conan O'Brien and NBC has become an all-out war -- and it may move to the courtroom.

An insider tells "Extra" today that Conan may sue NBC over his timeslot war with Jay Leno. 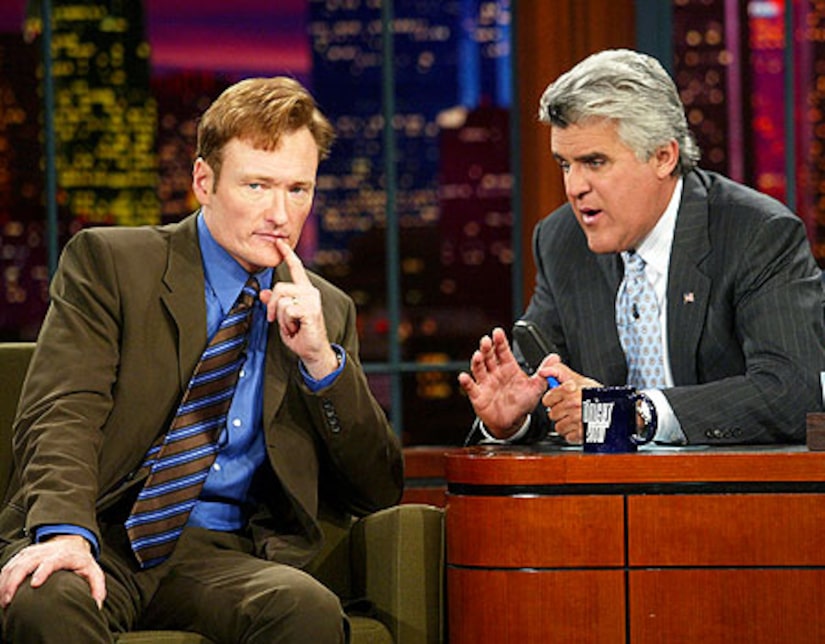 Conan took aim at Leno during his monologue on "The Tonight Show" last night, saying, "Hosting 'The Tonight Show' has been the fulfillment of a lifelong dream for me -- and I just want to say to the kids out there watching: You can do anything you want in life. Unless Jay Leno wants to do it too."

Conan, who is currently battling Leno over the 11:35 PM timeslot on NBC, joked that he may have to work at Starbucks if the network bumps his show to 12:05 -- a move he said would cause the "destruction" of the "greatest franchise in the history of broadcasting."

"Hi, I'm Conan O'Brien, and I've been practicing the phrase, 'Who ordered the Mochaccino Grande?' the late night host kidded.

Leno tore into NBC during his opening monologue, slamming the network that has been his home for 17 years. "Welcome to NBC. America's most dysfunctional TV family. Thank you very much," he joked. "You thought the Gosselins were screwed up. Oh my god!"

The "Jay Leno Show" star also took aim at his rival host. "Conan O'Brien, understandably, is very upset. He had a statement in the paper yesterday. Conan said NBC has only given him seven months to make his show work. When I heard that... seven months! How did he get that deal? We only got four! Who's his agent? Get me that guy. I'll take seven."

Today, a new report states that if Conan refuses the proposed move to 12:05, NBC is threatening to keep him off the air for the duration of his contract -- three-and-a-half years!

More news outlets are reporting that O'Brien's last night on "The Tonight Show" will be January 22.