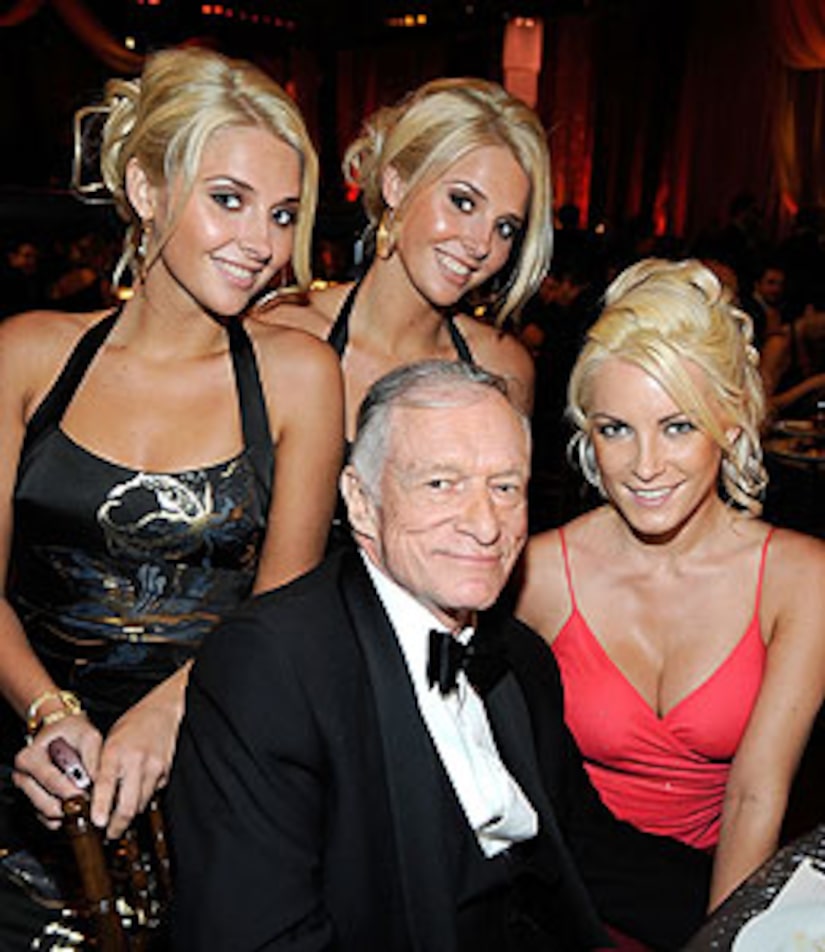 Hugh Hefner is getting serious about one woman.

Hef reveals to E! News that two of his three girlfriends, twins Kristina and Karissa Shannon, are moving out of the Playboy Mansion and into the Playmate House.

Hefner, 83, explains that things are getting "more serious" with his 23-year-old girlfriend, Crystal Harris -- and that the twins, 20, are looking forward to doing work for the Playmate brand.

"They've been hanging out with a lot of the other Playmates and they see these girls traveling across the country to do promotion," he says. "They would like to be doing that, too."

Hugh says that the move was his idea, and will be happening in the next couple of weeks. He also says the twins "will now be friends, but they won't be defined as the girlfriends."

When asked if he hears wedding bells in his future with Harris, Hef replies, "I haven't had a lot of luck with marriage. I don't have a good track record and I don't want to screw this one up."

The end of cohabitation won't necessarily mean the end of "The Girls Next Door." Hef says if the show is picked up for another season, it will follow the twins working with Playmates, and see "how my relationships are changing romantically and how that relates to Crystal."

"The Girls Next Door" airs on E!