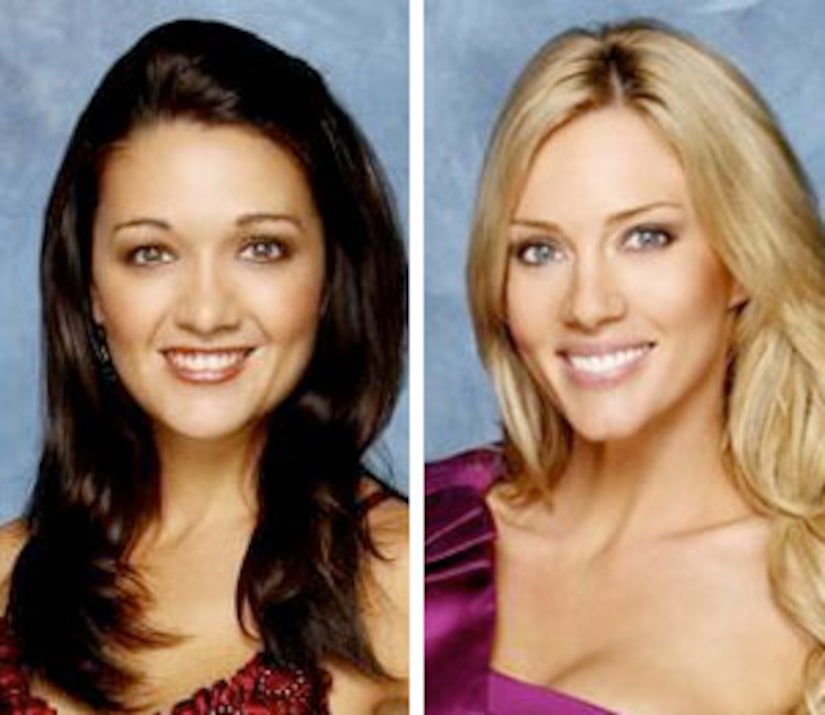 Booted "Bachelor" beauty Ashley Elmore competed with Rozlyn Papa for hunky Jake Pavelka's heart -- and it was Elmore who blew the whistle on Papa after she saw the former model canoodling with a producer on the show.

See the top reality moments from 2009

Elmore, a teacher, tells "Extra's" Carlos Diaz she witnessed "a little bit of flirting" and "touching" between Roslyn and the unnamed "Bachelor" crew member.

It didn't stop there, Elmore says. "I saw cuddling in the kitchen, arms draped around him, a little bit more than a friendly hug."

See other couples who found love on reality TV

Papa denies she "cheated" on Pavelka while filming the reality show, but Elmore, who was eliminated in the second rose ceremony, doesn't buy it. When host Chris Harrison dismissed Papa, Elmore says she "did not jump to her own defense."