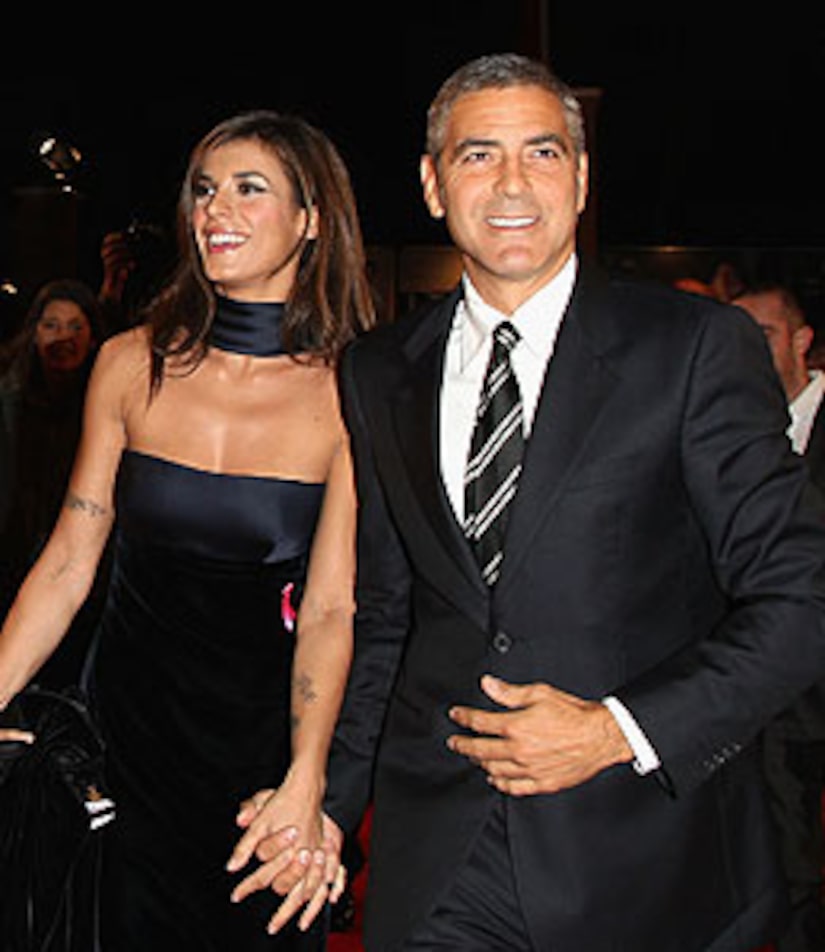 Simon Cowell is leaving the "American Idol" judging table -- and there is no way that George Clooney will ever appear on the superstar show.

Gorgeous! See George and Elisabetta on the red carpet

George may not be able to carry a tune -- but his girlfriend, Elisabetta Canalis, tells "Extra" her man has killer moves.

"He dances very well," Canalis says. "You should see him!"

Find out 20 things you never knew about Elisabetta

The couple recently returned to U.S. after celebrating the holiday season in Mexico, where George says they "had a nice time."

"Extra" caught up with Clooney and his leading lady in New York, where he accepted a Film Critics Circle Award for "Up in the Air" and "Fantastic Mr. Fox."