Simon Cowell is talking to "Extra" in his first interview since the announcement that he's leaving "American Idol." The tough judge says he made the deal right before walking on stage for the press conference!

"We agreed to the deal at half past eleven this morning," Cowell reveals. The press conference was scheduled for 12:00 PM. "It literally was as down to the wire as that."

Cowell knew it was time to leave "American Idol" for the US version of "The X Factor." "I've been doing this for nine years and it's been a blast," he confessed.

Cowell thought about juggling both "Idol" and "The X Factor," but decided it would be best to "concentrate on one main show."

It's hard to believe, but straight-faced Simon admits leaving "Idol" is "emotional," confessing, "It did feel a little bit emotional when I [made the announcement] because then it's real... and then you remember all the good times you had."

What will the rest of his "Idol" team say? Host Ryan Seacrest tweeted a congratulatory message for Cowell, but Simon believes he is secretly celebrating. Cowell jokes, "I heard a lot of popping champagne bottles."

He adds, "There will be fireworks display outside his house tonight."

Tune in to "Extra" on Tuesday for more of our exclusive interview with Simon! 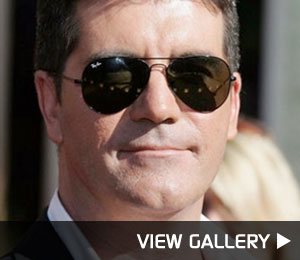