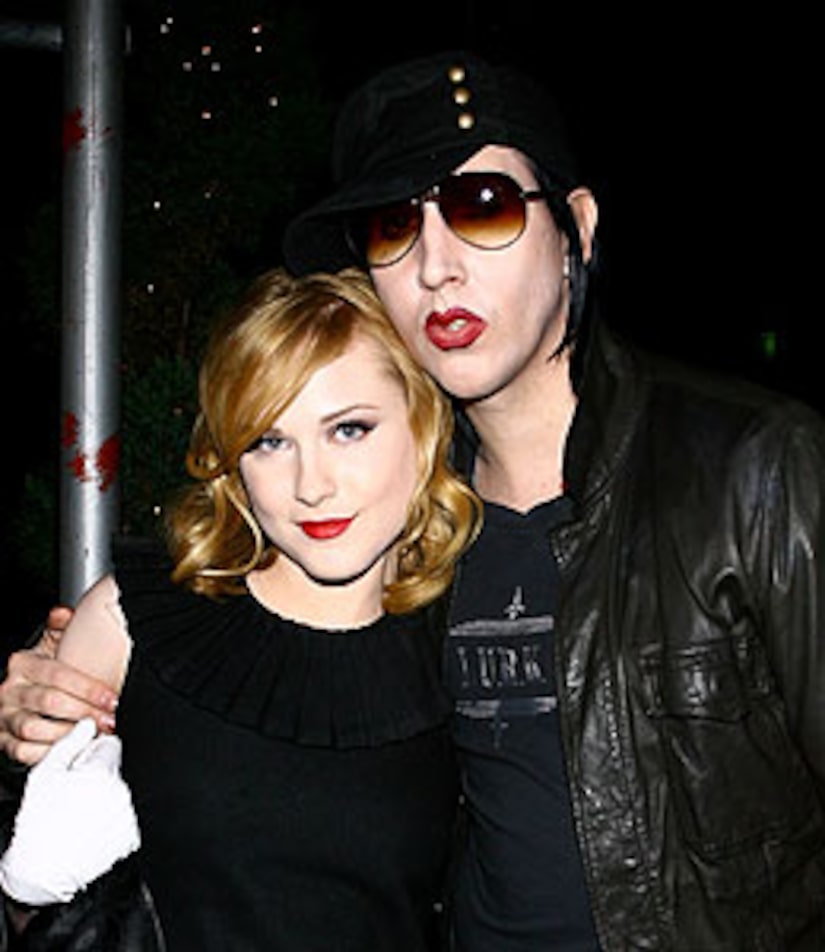 The rumors are true! Marilyn Manson and Evan Rachel Wood are engaged.

See which stars got engaged in 2009

A source close to the couple confirmed the happy news to People magazine. Earlier this week, rumors began swirling that the two were set to walk down the aisle.

Reps for the on-again, off-again couple won't comment on the wedding rumors.