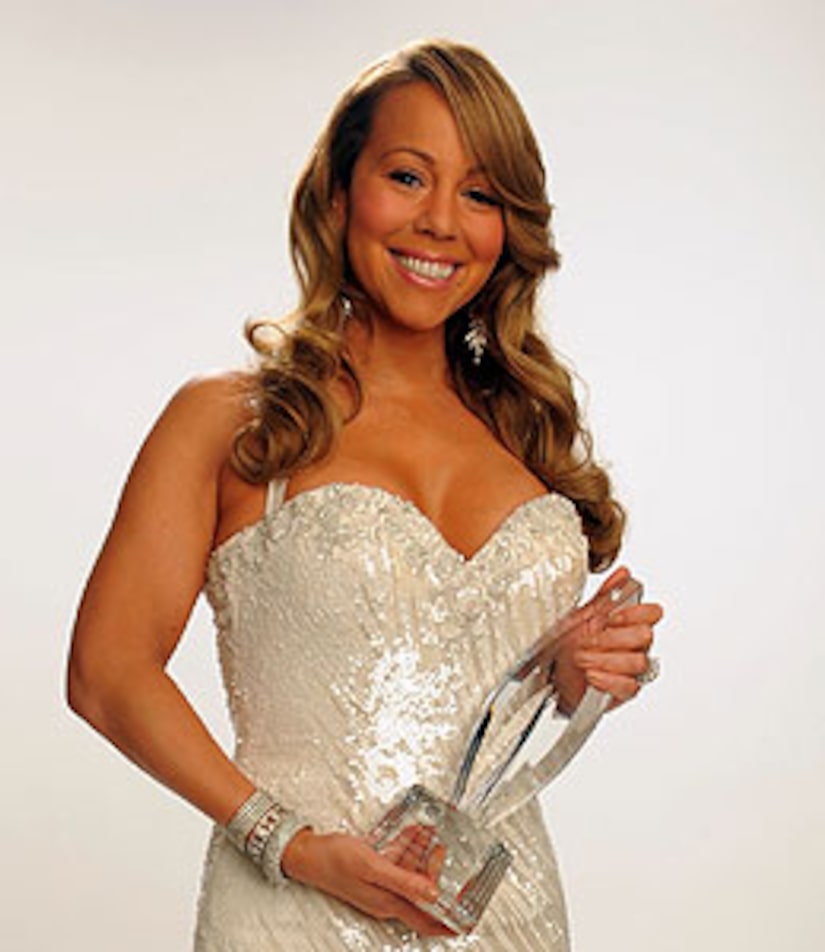 Mariah Carey is taking a cue from Jamie Foxx and blaming it on the a-a-a-a-a-alcohol.

Carey, 40, says she had "splashes of champagne" before accepting her Breakthrough Actress Award at the Palm Springs International Film Festival -- and that's why she was a little out of it during her speech.

Check out how Mariah has changed over the years

"We were celebrating and having little splashes, and I hadn't eaten, and that's what it was," Mariah explains to reporters at the People's Choice Awards. "We were celebrating the movie and all the exciting stuff going on. There's a time for celebration and a time for not -- but really technically, it's a party atmosphere. We had splashes of champagne."

The singer says that Lee Daniels, her close friend and the director of "Precious: Based on the Novel 'Push' by Sapphire," egged on her drinking.

"The thing is, me and Lee hadn't seen each other in a while," she says. "I love Lee, but he's a bad influence!"

During her speech, an overwhelmed Mariah told the audience, "Please forgive me because I'm a little bit um, yeah," leading some to wonder whether she'd had one too many -- or let her nerves get the best of her.

Yowza! See Mariah strut her stuff in a bikini

Check out Mariah's acceptance speech below: