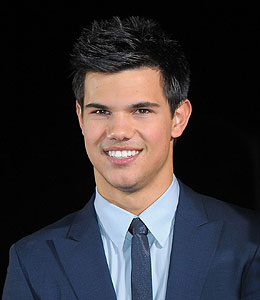 Taylor Lautner is poised to become the highest-paid teen in Hollywood.

Everything you've ever wanted to know about Taylor

Lautner, 17, will reportedly star in the upcoming action flick "Northern Lights." The film, scheduled for a 2012 release, tells the story of "a gifted, young, aerobatics pilot who faces off with his controlling, billionaire father and falls in love with a gifted, female pilot," according to Deadline.com.

According to the buzz, Taylor will make $7.5 million for the movie, making him the highest-paid teenage actor in Hollywood.

This past summer, Lautner wrapped shooting on "Eclipse," the third installment in the "Twilight" franchise.

Does Rachel Brosnahan Have Baby Fever After Starring in ‘I’m Your Woman’?