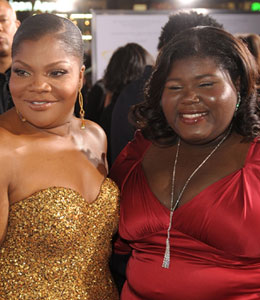 The powerful story about an abused teen growing up in Harlem tops the nominations the 41st annual NAACP Image Awards.

See photos Gabourey Sidibe and the breakout stars of 2009

"Invictus," "Michael Jackson's This Is It," "The Blind Side" and "The Princess and the Frog" were also nominated for awards.

See the most anticipated flicks of 2010

Jay-Z tops the nominees in the music category with five nominations.

The Image Awards honor diversity in the arts and air Feb. 26 on FOX.