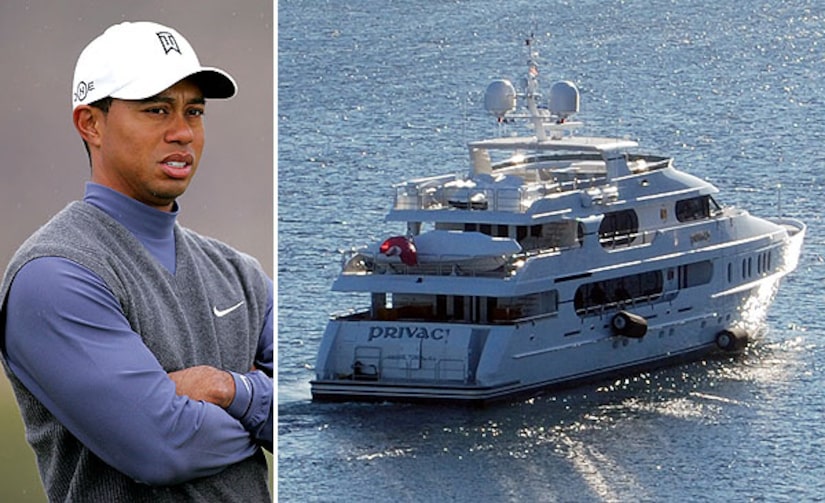 The luxurious yacht sailed out of North Palm Beach, Florida, today after weeks of being docked at the Old Port Cove Marina. The boat is worth an estimated $22 million.

Rumors swirled that Woods, 34, set sail a few weeks ago, but the report was debunked when pictures of "Privacy" -- with the name hidden -- surfaced in Florida.

Tiger has not been seen since revelations of extramarital affairs surfaced after Thanksgiving weekend. A report today claims that the PGA star has been hiding out in a New York estate with his billionaire pal Jim Dolan.