Before his infidelities came to light, Tiger Woods was photographed shirtless and pumping iron for the cover of Vanity Fair -- and Pulitzer Prize winner Buzz Bissinger, who writes about the golfer, says he is not shocked by the scandal. 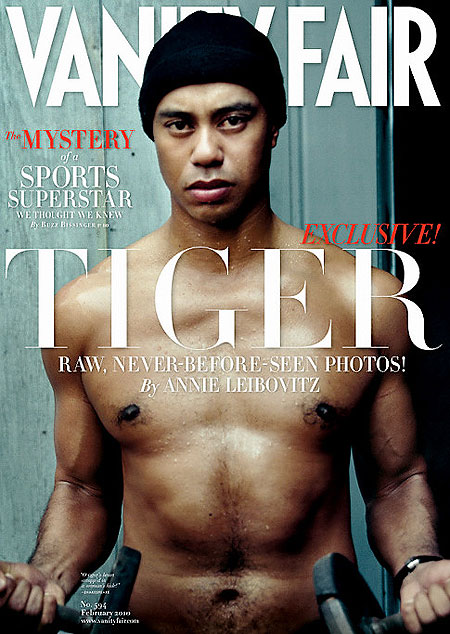 Bissinger, who refers to Woods, 33, as a "sex addict" in February's Vanity Fair, says the PGA star had a way with the ladies, even back in the day.

In what he calls "a sustained glimpse of the real Tiger Woods," Bissinger describes how the pro golfer was at a 1997 photo shoot "where four women attended to his every need and flirted with him as he flirted back." He says that at the time, Woods made a "series of profane quips" about women, sex and athletes.

Check out all the women that have been linked to Woods

Bissinger also describes how Tiger's picture-perfect life was used as a tool to promote an image, writing, "He had the trappings of a life...but so much of it now seems like requisite window dressing, props for the further crafting of image and garnering of those hundreds of millions of dollars in endorsements -- Nike, Gillette, Gatorade, Tag Heuer, AT&T."

To date, Tiger has been linked with 14 women. The golfer hasn't been in the public eye since his involvement in a car wreck over Thanksgiving weekend.