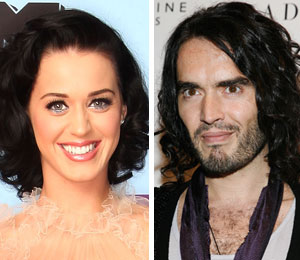 After less than four months of dating, Katy Perry and Russell Brand are planning to tie the knot!

UsMagazine.com reports Brand, 34, proposed to Perry, 25, while on vacation in India. The couple began dating in Sept. 2009.

See Katy and other stars at the "This Is It" premiere

A source tells Us the extravagant trip was the comedian's Christmas present to the pop star. "She told him how much she loved Indian culture while they were eating curry in England, so he surprised her," the source reveals.

Brand, a reformed sex and drug addict, used to have a reputation as a ladies' man and even earned The Sun's Shagger of the Year award three years in a row.

The "Waking Up in Vegas" songstress previously dated Gym Class Heroes frontman Travis McCoy. The two were on and off for several years and officially called it quits at the beginning of 2009.