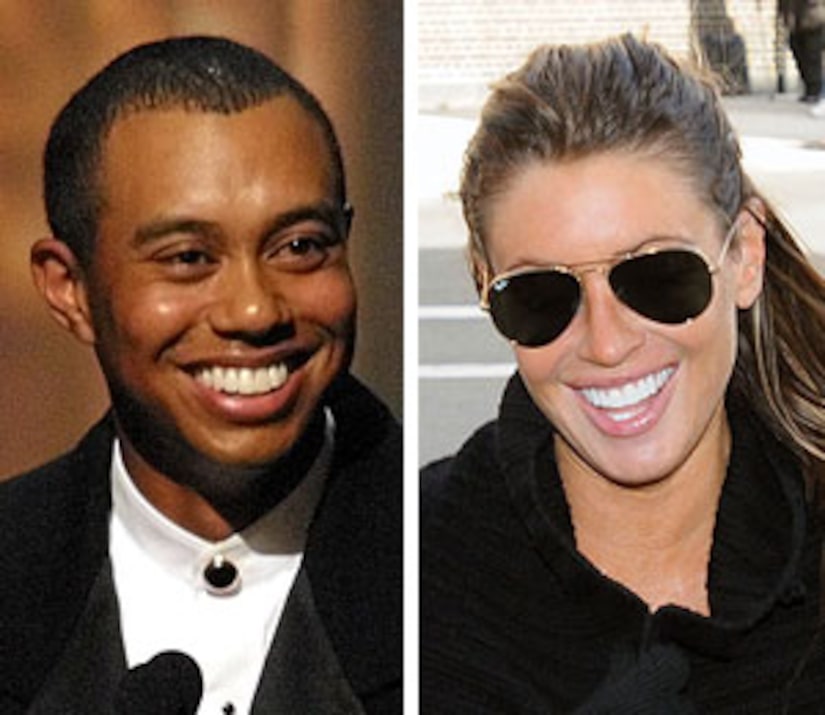 Ashley Samson, Rachel Uchitel's former pal who outed Tiger Woods as a cheater, reveals in a new interview that the golfer and his alleged mistress were "in love" and planned on being together.

"She told me 'I'm having an affair with Tiger Woods and we're in love,'" Ashley revealed. "I heard them on the phone telling each other that 'I miss you so much and love you so much.'"

Woods, 34, has avoided the spotlight as multiple women came forward claiming to have had a sexual relationship with the PGA star. Uchitel has denied romantic involvement with the golfer, but Ashley says her former friend is lying.

"She read multiple text messages to me [from Rachel to Tiger]," Samson reveals. "One in particular saying that Tiger was saying that he wanted to be with her forever. It was just her and him together forever."

Ashley claims she learned about the affair during a trip with Uchitel, on which the club hostess was reportedly "bragging" about the relationship, and giving her friends "graphic details."

Find out how Elin Nordegren spent her holidays

Samson confirmed the story to the National Enquirer, prompting Uchitel to deny the claims -- and trash Samson in the process.

"She has made my life hell," Ashley says about Uchitel. "I have been attacked by fans of Tiger Woods and friends of mine even are basically upset because she made me out to look like the bad guy when in fact the truth is he's the one that was cheating on his wife."

Ashley claims that she's been offered hush money she won't take. "I've been offered lots of money to deny my story, but I chose not to take the money because the truth is the truth." Uchitel clammed up after her attorney, Gloria Allred, reportedly negotiated some type of deal.

Samson is furious over Uchitel's claims -- and is considering legal action. "I'm so mad I'm thinking of suing her for trashing my name," Ashley confirms.