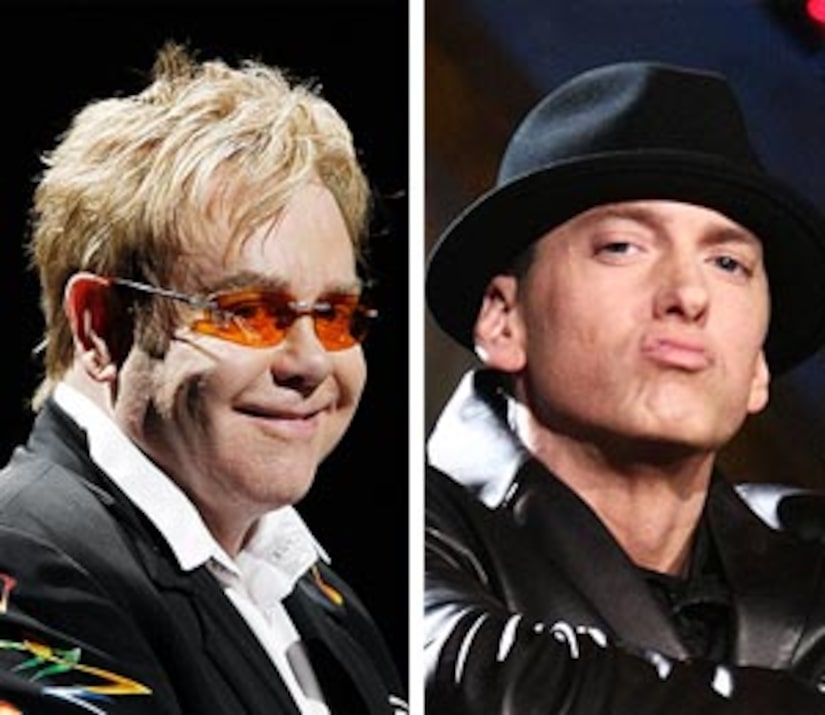 Eminem has found a real friend in Elton John.

John, 62, told BBC Radio over the weekend that he was helping the rapper, 37, in his battle with substance abuse. "I've been helping Eminem over the last 18 months and he's doing brilliantly," Elton says.

Sir Elton, who battled drug and alcohol abuse during his early career, continues, "I'm there if people want my help. If people ask for help you tell them where to go but there's no point advising people if they don't want to do it."

Eminem admitted in May 2009 that he had suffered from an addiction to prescription drugs -- including Vicodin, Ambien and Valium. He entered rehab in 2005.

The "Tiny Dancer" singer teamed up with the hip-hop star to perform "Stan" at the 2001 Grammy Awards.