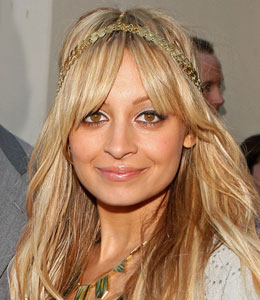 "Project Runway" has lined up numerous celebrities for the show's seventh season.

Nicole Richie will be a guest judge for the season premiere of the reality TV hit on Jan. 14.

"Nicole is a fabulous guest judge," "Project Runway" executive producer Sara Rea tells People magazine. "She has strong opinions and gives clear and specific constructive criticism to the designers. Also, she isn't afraid to disagree with the other judges."

See Nicole and other star's who dropped lbs. in 2009

Richie, 28, taped her appearance over the summer before giving birth to son Sparrow in Sept.

Richie has her own clothing line, Winter Kate and a jewelry line, House of Harlow 1960. The mother of two also created a collection of maternity clothes for A Pea in the Pod.