Rosie O'Donnell announced her split with wife Kelli Carpenter in November and now the comedienne has found a new gal pal!

See photos of more couples who called in quits this year 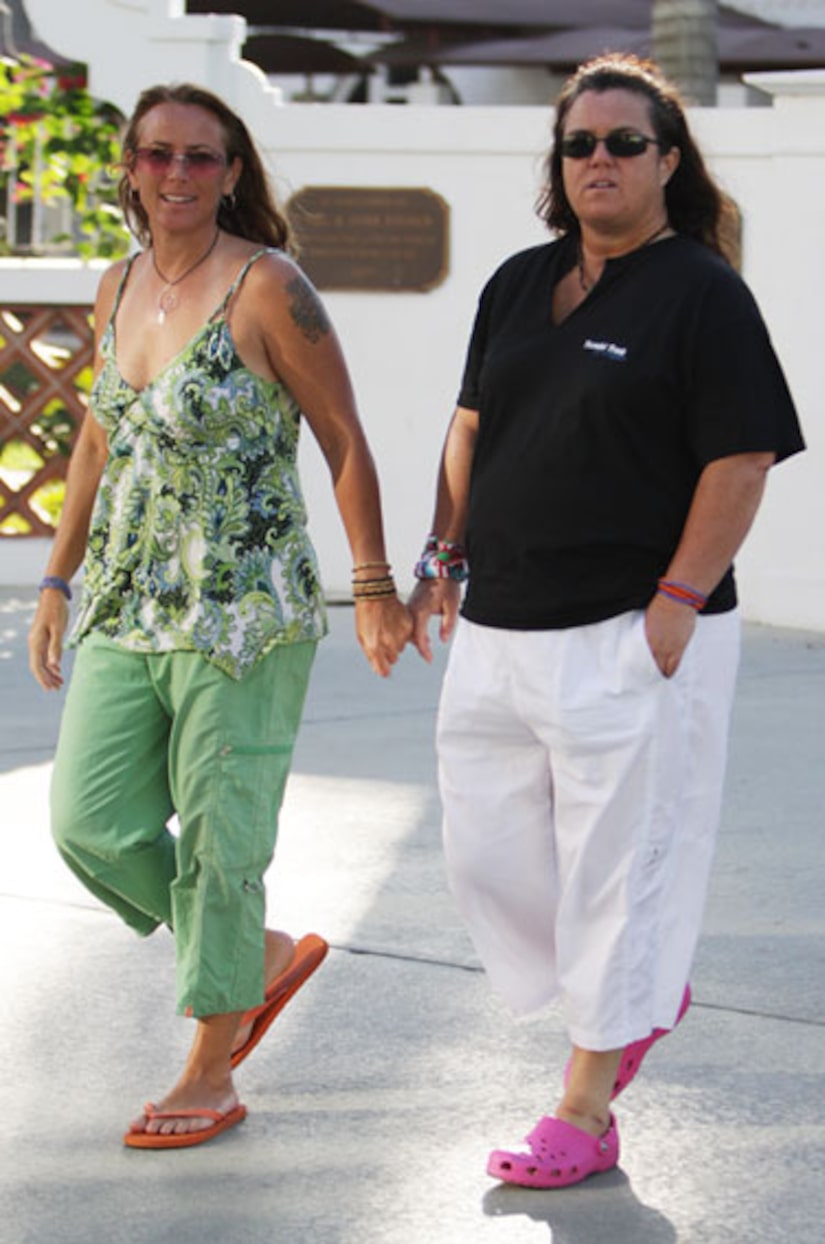 Cameras spotted O'Donnell, 47, and a female friend holding hands while in Miami Beach.

"Extra" has learned that female friend is Tracy Kachtick-Anders -- a 45-year-old artist, writer, activist and mother of six. Sources tell "Extra" the couple met when Kachtick-Anders offered to trade artwork with O'Donnell online.

O'Donnell and Carpenter married in San Francisco in 2004 and have four children together. Last month, O'Donnell told "Extra" she waited two years to go public about her split with Carpenter because they were still trying to work things out.