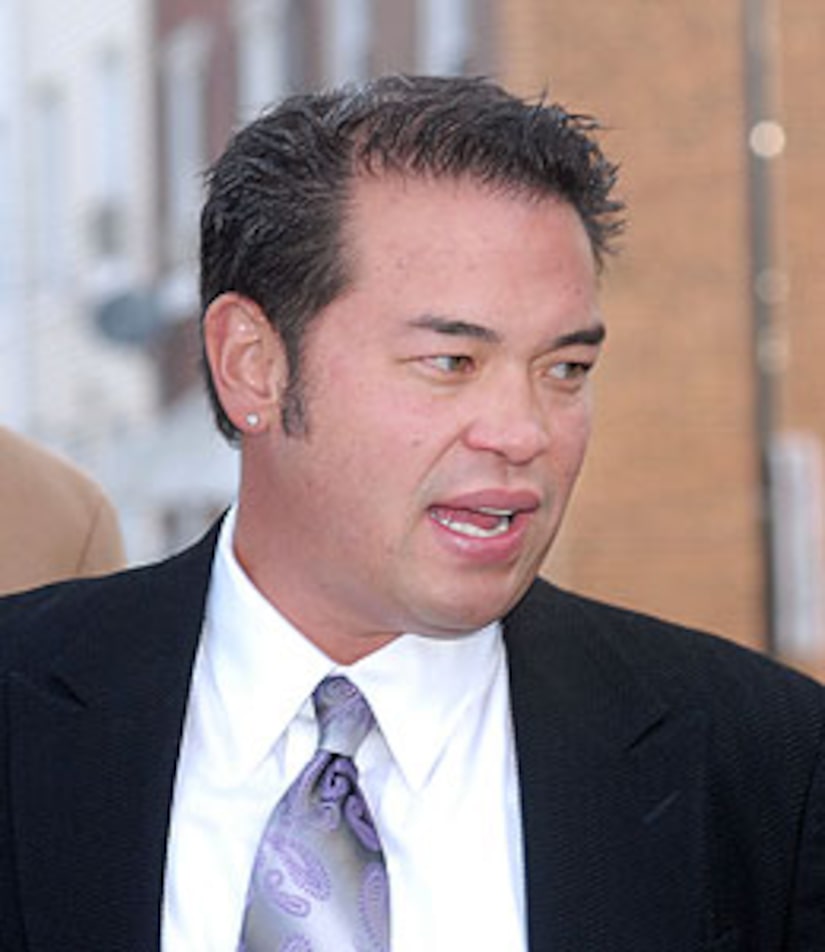 Jon Gosselin's legal counsel claims today that the reality dad didn't stage the burglary at his NYC apartment -- and security tape proves it.

"He is going to be clocked by that surveillance camera going into his building," Mark Heller reveals to Radar Online. Sixty seconds after going into his apartment, "he comes down to talk to management. It's all on tape."

Heller adds that the time elapsed doesn't add up to rumors that Jon staged the break-in himself. "He couldn't have done all that damage in 60 seconds. His place was trashed, his belongings ripped to shreds."

Yesterday, a lawyer for Jon's ex-girlfriend Hailey Glassman says the 22-year-old took items from the apartment they shared -- but they were her possessions. She calls the burglary a "publicity stunt."

Heller denies these claims, saying, "She's probably going to have a list of things she said he said she could take. Well, let me tell you, we will have credit card statement and receipts proving Jon bought the items she is carrying out the door."

The lawyer continues, saying Jon "didn't authorize her to take the TV and other items that belong to him," and Heller believes Hailey will face charges of possession of stolen property and vandalism.

Check out some of Jon's nastiest battles with ex-wife Kate

Glassman denies trashing the apartment, but Heller says, "The forensics evidence will back up the vandalism...The damage is in the thousands. There is no way she (Hailey) can walk away without severe penalty."