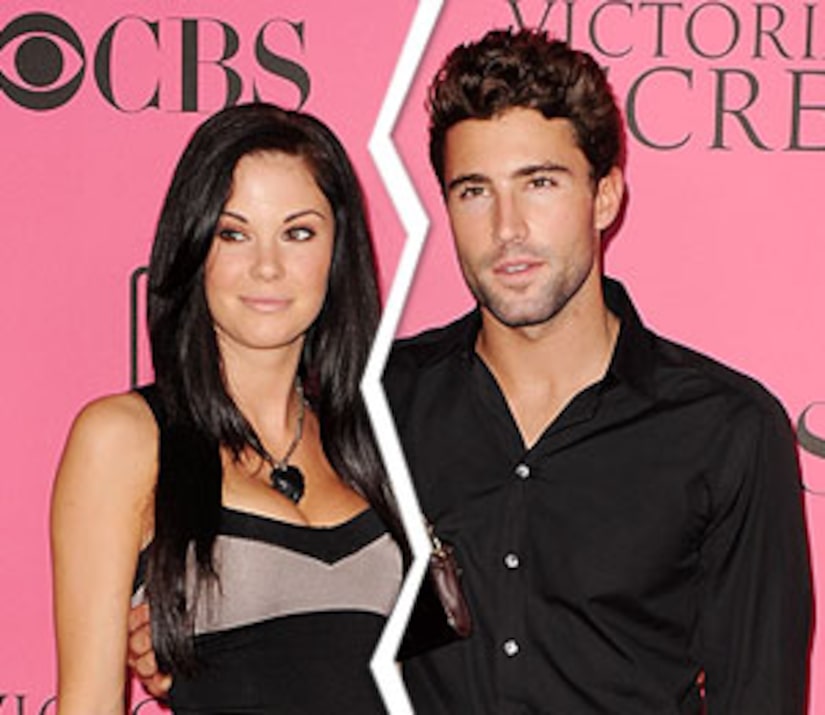 "Hills" stars Brody Jenner and Jayde Nicole have split, according to a new Us Weekly report.

See other couples who called it quits in 2009

Nicole, 23, hinted at relationship trouble on December 18, writing on her Twitter page, "'Sometimes when you truly love someone you have to let them go...' I never really understood that quote until now."

A source tells the magazine that while Brody ended the relationship, Jayde isn't letting the breakup get her down. "[Jayde] celebrated her breakup" with a gaggle of girlfriends at Hyde Lounge in West Hollywood on December 17.

Nicole shared the news of their split with "everyone" at Manor nightclub in L.A. the following night. "She made it sound like it was his doing, saying, 'He said he needs time to find himself. I don't have time for that,'" the source reveals.

Check out some of the hottest hookups on "The Hills"

Jenner, 26, reportedly went to Australia for soul-searching after the split.

The reality star Tweeted about his trip Down Under on December 19, writing, "So I decided to stay in Australia BY MYSELF!!! Hahaha this is Crazy.. Might just stay here and start a new life."

On the last season of "The Hills," the couple fought constantly about Jenner's ongoing relationship with ex-girlfriend Kristin Cavallari. All three will appear on the show's sixth season, premiering in early 2010.