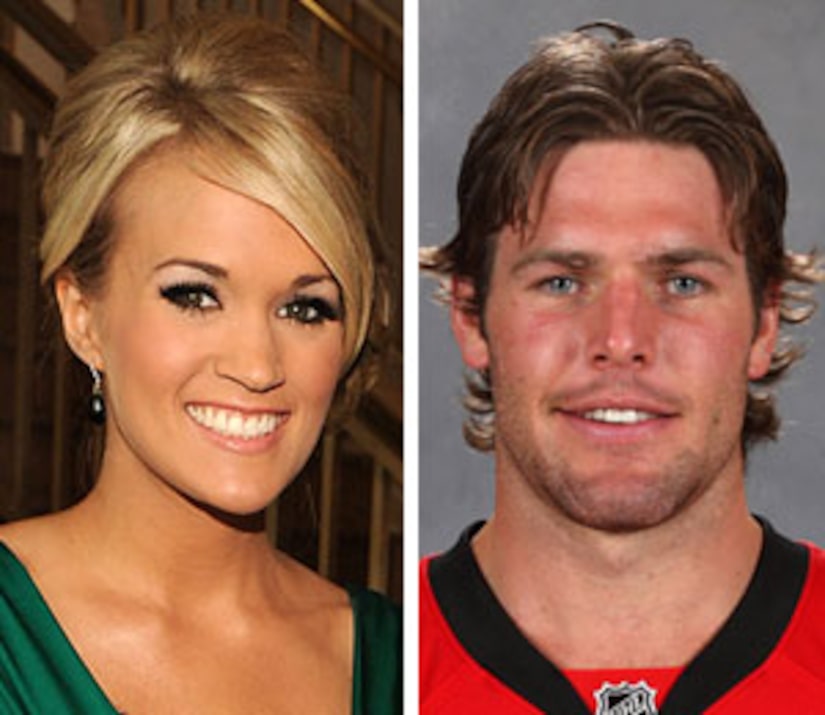 The former "American Idol" champ and her hockey beau Mike Fisher have decided to tie the knot. "I'm happy to confirm that Carrie Underwood is engaged to Mike Fisher, and the couple couldn't be happier," her rep tells "Extra."

Underwood's camp reveals that plans have yet to be made for the impending ceremony, saying, "No wedding date has been set at this time."

See which other stars have found love with athletes

Carrie has been dating the Ottawa Senators center for close to a year. Underwood recently revealed that the couple wouldn't move in together until they were married, because they're "old fashioned" in love.