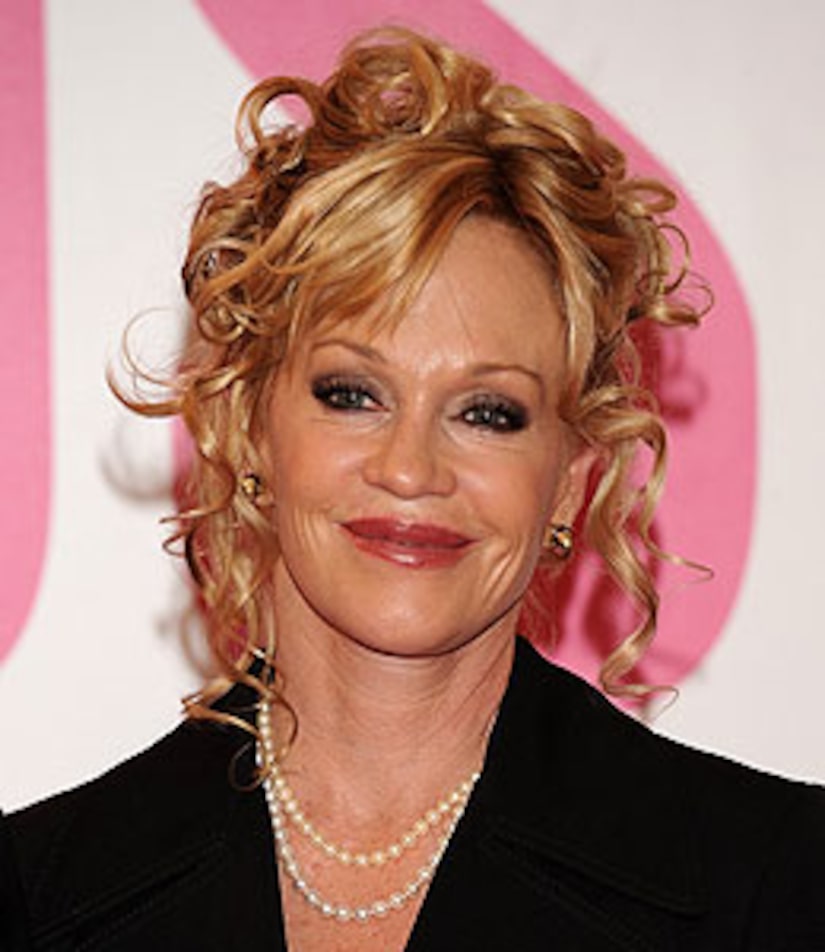 Melanie Griffith is recuperating after undergoing surgery to remove cancerous cells from her face.

Griffith, 52, had the procedure done early enough "to prevent further complications," her spokeswoman Robin Baum tells the Associated Press. She was left with a black eye after the surgery.

The actress checked into rehab earlier this summer -- but it wasn't because she was struggling with an addiction. "She is there to reinforce her commitment to stay healthy," her rep said then of her rehab stint.

Griffith will appear on the next season of the hit FX series "Nip/Tuck."