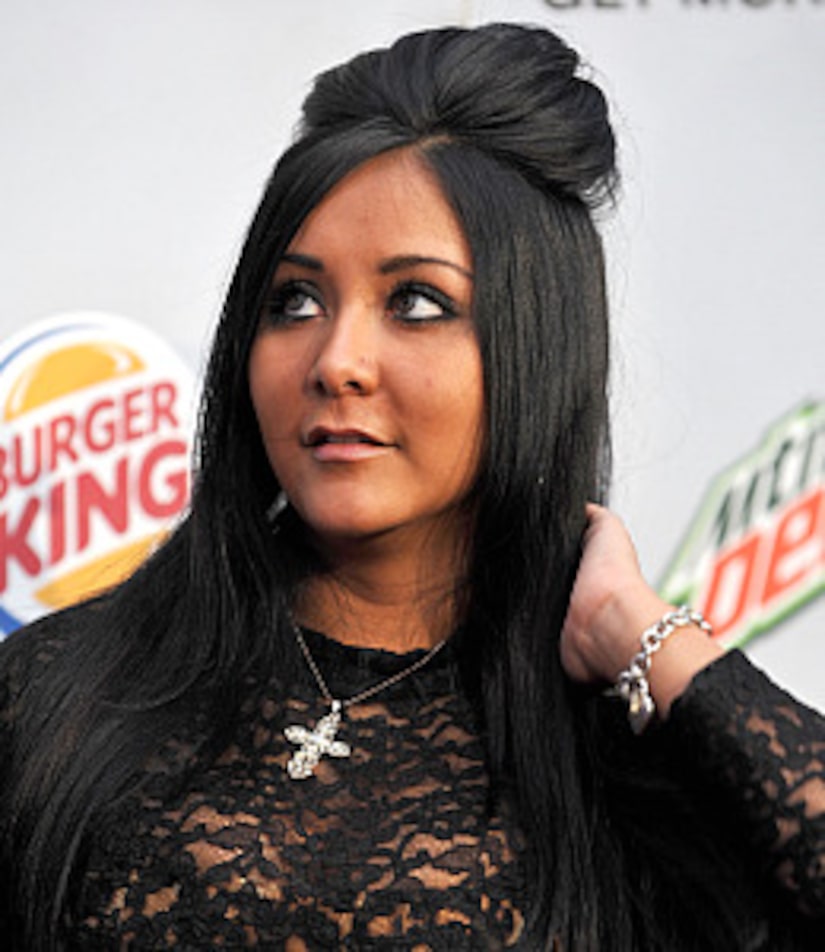 "When I saw the video, I was sick to my stomach," New York-based gym teacher Brad Ferro tells the New York Post. "I couldn't believe that I'd ever do anything like that. I was raised to act in a respectful manner to women."

Ferro was found guilty of assault and ordered to take an anger management course after knocking Polizzi to the floor in the August bar brawl. He could lose his job.

He says he "drank way too much" before the MTV crew arrived.

"I remember very little from the time of the incident," Ferro told the Post from his lawyer's Long Island, New York office. "It's all fuzzy. I remember a punch -- I don't remember who or why and I remember being arrested."

Continues Ferro, "I deeply regret what happened. Nobody deserves that. That was not the real Brad Ferro."

Adds his lawyer, Andrew Siben, "I think Brad should be given a second chance to show he is a person of much higher character than has been shown on this video. I think he's a decent young man who, unfortunately, made a bad decision which has come back to haunt him [and possibly end his career]."

It doesn't seem like Polizzi will hold a grudge.

Despite the punch, she told "Extra" earlier this week, "I'm hoping to get my own show... I love this."