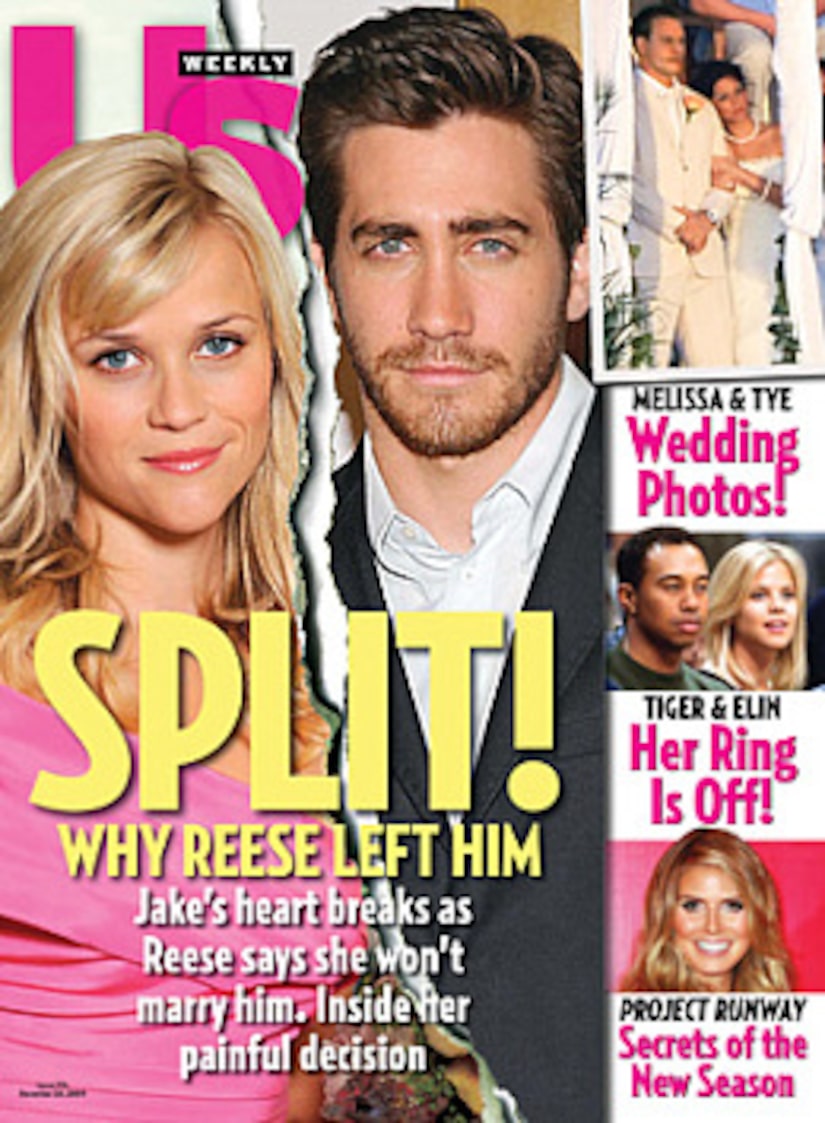 Why did Reese Witherspoon break up with beau Jake Gyllenhaal?

"No one cheated," a source close to the couple -- who began dating shortly after co-starring in war drama "Rendition" in 2007 -- tells the new issue of Us Weekly. "There was no drama."

See which other stars are single this season

"She couldn't give Jake enough and she got cold feet. Jake wanted all of her," continues the source.

The Oscar-winning actress was also "really worried" that she "didn't have enough in common" with her younger beau, 29, and that he wasn't quite up to the task of fatherhood.

"He was great with the kids, but she felt like he didn't get the whole scope of what that entailed," a source tells the magazine.

Not to mention, she felt guilty about spending time with her beau instead of her children.

"When she was giving all of her energy to Jake, she felt like she wasn't giving her kids enough," the source says.

As a result, the couple "fought constantly in the past few months."

They finally called it quits over a series of phone calls.

"It broke his heart," an insider says.