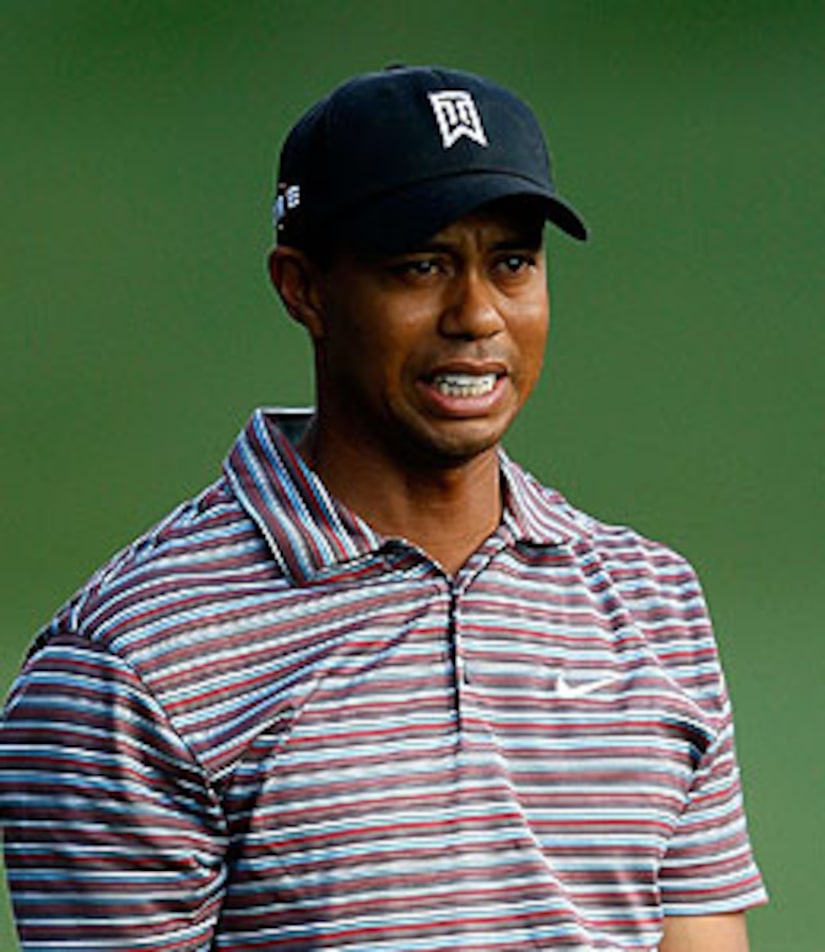 Tiger Woods was deeply affected by his own father's infidelity, a former girlfriend reveals.

Dina Parr, who dated Woods, 33, in high school and college, tells E! News that the PGA star would call her from the road to vent about his dad's indiscretions.

"He would just call crying and say, 'My dad is with another woman,' and that would be all he could say," Parr reveals. "He would be so upset, so I just tried to be there for him and listen to him."

Dina says Woods "loved his father," Earl, who passed away in 2006 -- but ended up adopting his dad's alleged philandering habits as he grew older. He's been linked to 14 women since a controversial November 27 car crash.

"I know that was the one thing about his dad that he could never get over," Parr says of Woods. "So yeah, it's interesting that it's turned out that he's doing the same thing."

Woods announced on Friday that he was taking a break from golf in an attempt to save his marriage to his wife of five years, Elin Nordegren.

Reports today allege that Nordegren, 29, has decided to file for divorce from her philandering hubby.