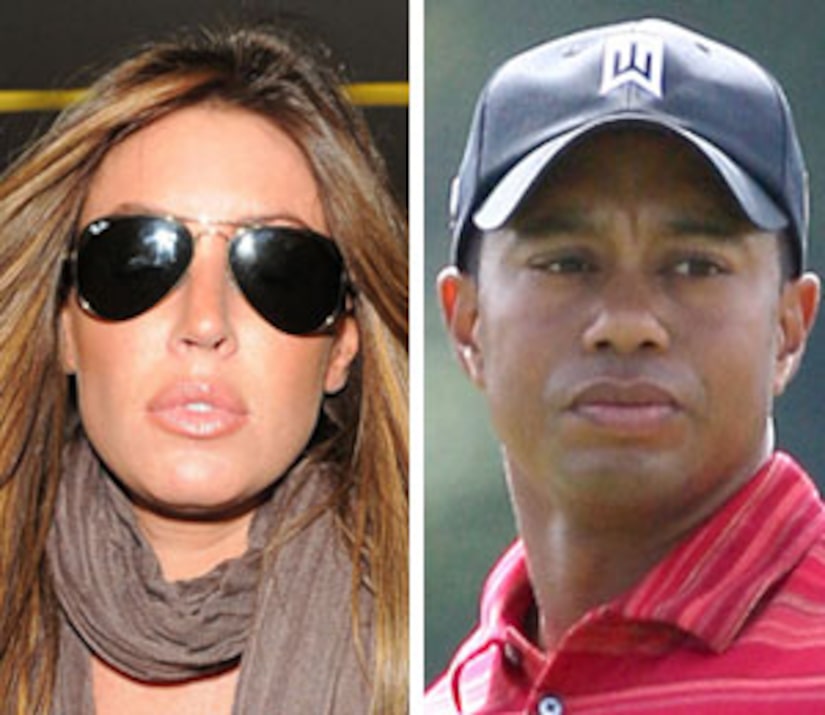 Tiger Woods is still in touch with his alleged mistress Rachel Uchitel, the new issue of Us Weekly reports.

See photos of Tiger Woods through the years

"They are not over," a source close to the former club employee, 34, tells the magazine.

Despite the fallout from Woods' rumored affairs, "Tiger was texting her, trying to find some time to get together again. He wasn't even fazed!" a source says.

Sources also explain to Us why Uchitel continues to deny her relationship with Woods: he paid her $3 million to keep quiet.

But despite paying her off, "Rachel said he told her he was going to leave his wife for her, that he needed to be with her," the source says.

Uchitel is "disgusted" by reports that Woods was with other women besides his wife, according to the mag, but that's not keeping her away from him. On Dec. 14, the New Yorker was spotted in West Palm Beach, Fla. -- near Woods' $22 million yacht, Privacy.

Elin Nordegren is prepared to divorce Woods over his indiscretions.

"She's made up her mind," a source tells People. "There's nothing to think about: he's never going to change."