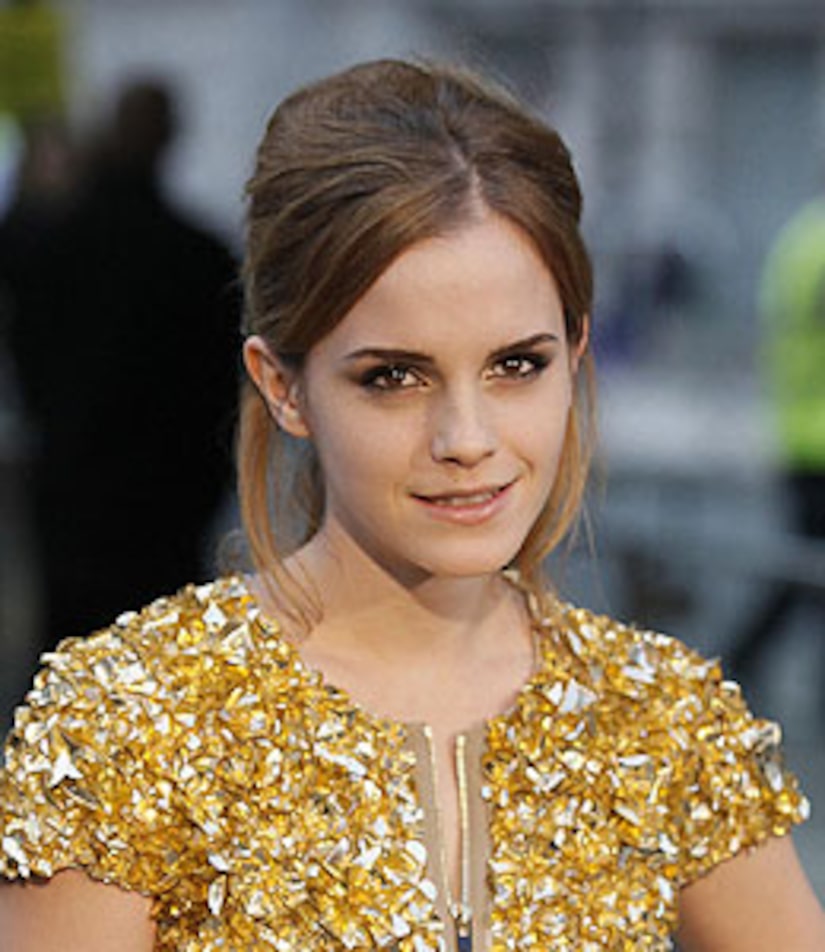 Brains, beauty and now box office bragging rights -- Emma Watson has it all!

According to the Guinness Book of World Records, Watson, 19, is the highest-grossing actress of the decade.

See what the "Harry Potter" stars looked like as kids

Watson's role as Hermione Granger in six "Harry Potter" films helped her rake in $5.4 billion at the box office, or roughly $900 million per film. The actress' co-star, Dame Maggie Smith, who plays Hogwarts teacher Minerva McGonagall in the films, followed as the second top-earner of the decade.

Guinness names Samuel L. Jackson as the highest-grossing male actor of the decade -- thanks in large part to the "Star Wars" films -- but Entertainment Weekly insists that Jackson, 61, was beat out by Orlando Bloom.

Check out photos from the "Pirates Of The Caribbean: At World's End" premiere

Bloom's roles in the "Lord of the Rings" trilogy and "Pirates of the Caribbean" films earned a whopping $6.5 billion in global ticket sales.

Watson, currently an Ivy League student at Brown University, will appear in the two "Harry Potter and the Deathly Hollows" films, out in 2010 and 2011.