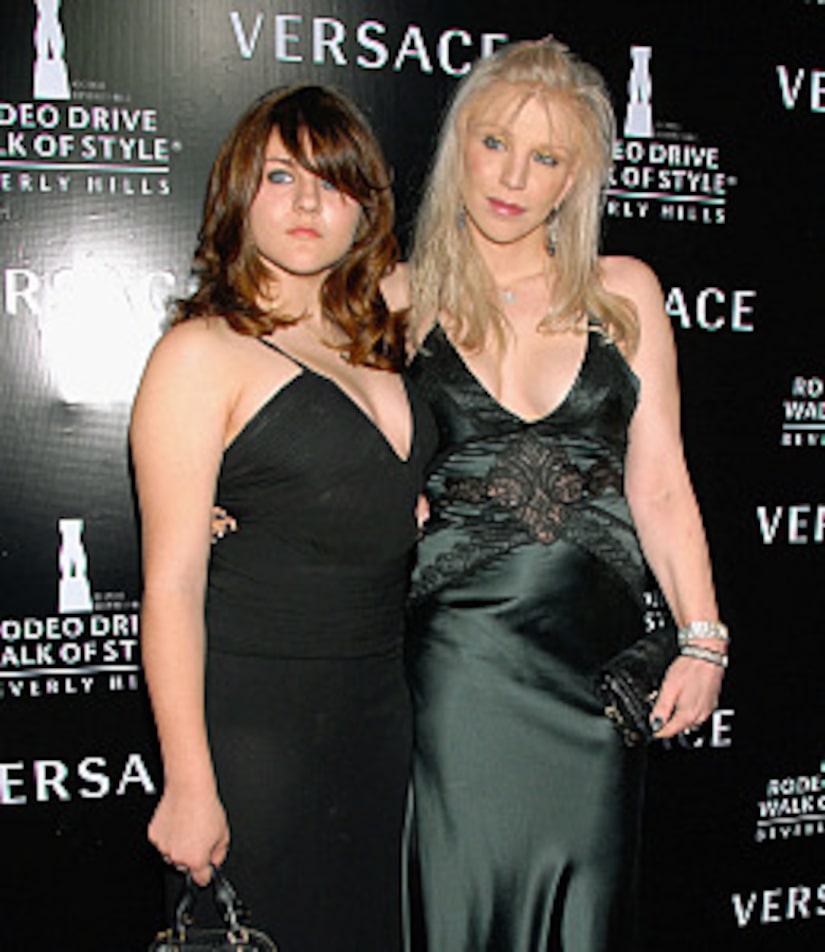 Courtney Love has been issued a restraining order compelling her to stay away from her 17-year-old daughter Frances Bean.

TMZ reports that a judge has issued a restraining order, prohibiting Love, 45, from having any "direct or indirect contact" with Frances.

Courtney slams Frances -- whom she lost custody of last Friday -- on Facebook.

"I hate to sound cold but any kid of mine who pulls this s**t has lost her position..." Love writes. "She was deceptive, she lied and she's lying to herself... My daughter is not always honest."

Bean was placed under the temporary guardianship of her grandmother and Kurt Cobain's sister.

"You could've asked for emancipation..." Love goes on. "You realize this will put you in juvenile family circus three times in your little life?"

She then allges that her daughter's grandmother "killed your father," Kurt Cobain.

Love says her daughter is "clearly deluded [if she wants to buy her grandmother a] small house in L.A."

"I'd love to see how that works ... She thinks she has all this money," she says. "The point is, I have all the money she has."

Still, she tells her daughter, "I love you and always will unconditionally."

Love says that after her rant, she's "never had so many texts in my life."

Then she addresses her daughter's pals.

"To Frannie's worried friends: she's not stupid. She trusted the wrong people and got snookered into a circus. She'll figure out what a ridiculous mess she's in and she's smart. She'll have to work really hard, and she's not used to it. But I have faith. She's my daughter and I love her. Cruelty is not what she's about.