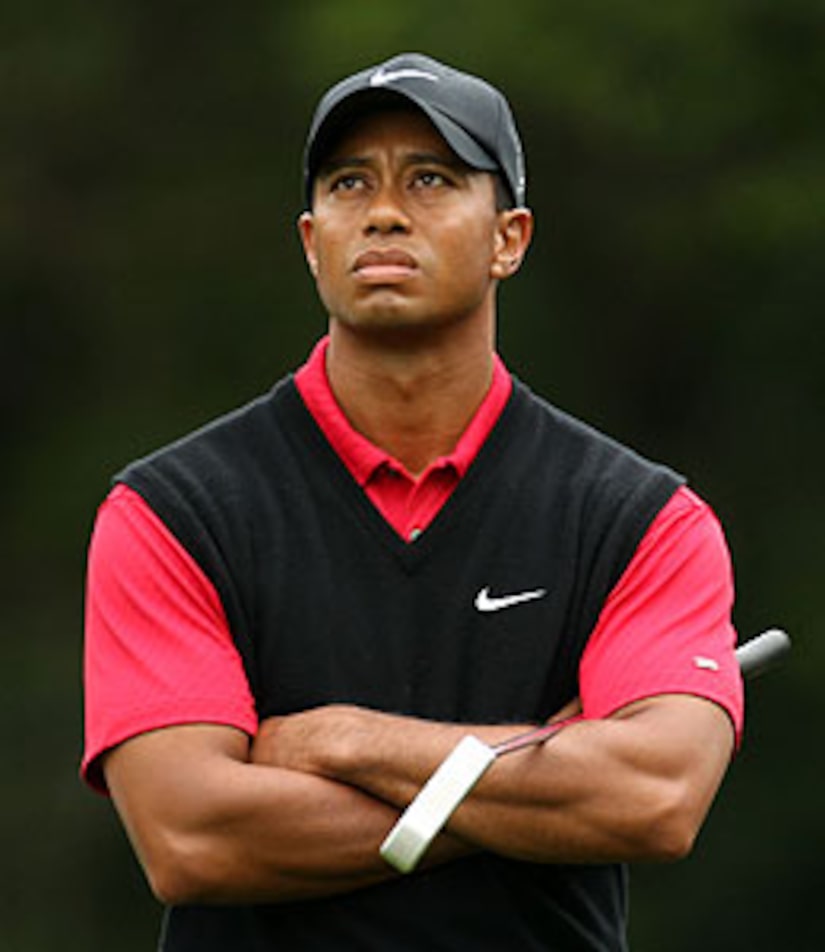 RadarOnline.com says the 14th woman to be linked to the 33-year-old golfer is 40-something Theresa Rogers.

The site claims that Rogers carried on an affair with Woods before and after he married Elin Nordegren, who was spotted over the weekend in Florida without her wedding ring.

Meanwhile, another woman, escort Loredana Jolie, opened up about spending quality time with the golfer -- but not in the bedroom.

Check out which other women have been linked to Tiger

A lawyer for Jolie -- a one-time Playboy "Cyber Girl of the Week" whose real name is Loredana Ferriolo -- tells the New York Post that Loredana received cash and jewelry from Woods for "sexless" dates.

Jolie's counsel denies reports that she wanted $1 million in exchange for staying silent about her liaisons with Woods.