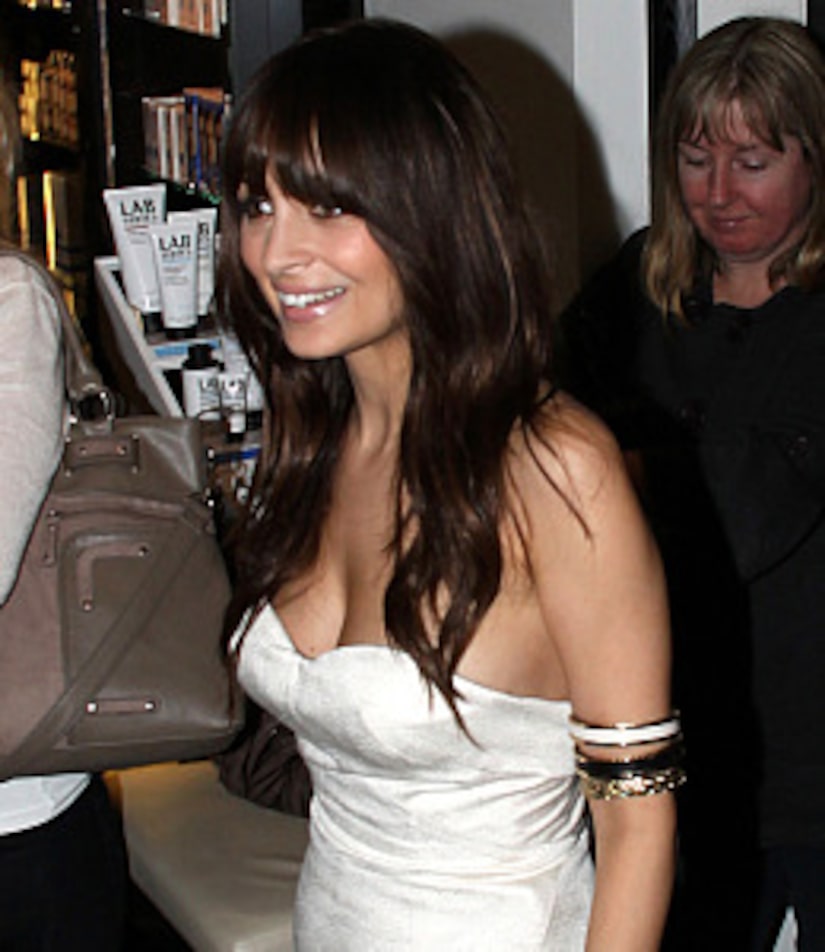 Nicole Richie has ditched her blonde locks for a chocolate brown 'do.

"I did it about a week-and-a-half ago," she told Usmagazine.com at the launch of her House of Harlow 1960 holiday collection at Bloomingale's in Costa Mesa, Calif. over the weekend.

See how Nicole Richie's body has changed over the years

"I change my hair color all the time and I hadn't done it in a few years," added Richie, 28, who lopped a few inches off her blonde hair earlier this year. "With the babies, I just really hadn't had time."

The reality star (who will produce her own scripted sitcom for ABC) welcomed son Sparrow this past September, and daughter Harlow -- who she says "loves being a big sister" -- in 2008.

See which other stars have changed their hair this winter

"I'm so used to having that change all the time, and I hadn't done it in about two years, so I was just ready and sick of being blonde!" she continued. "I was ready for a change!"

Richie also opened up about how she'll spend the holidays with her beau Joel Madden.

"I don't have a lot of traditions," she said. "I have gotten a new Christmas ornament every year so I will probably do that. I'm a big eggnog drinker. Not the kind with alcohol in it, but the regular kind. I thought that everyone drinks eggnog, but as I'm getting older, I'm learning that people actually think it's really gross, but I love it, so I will definitely have some eggnog!"