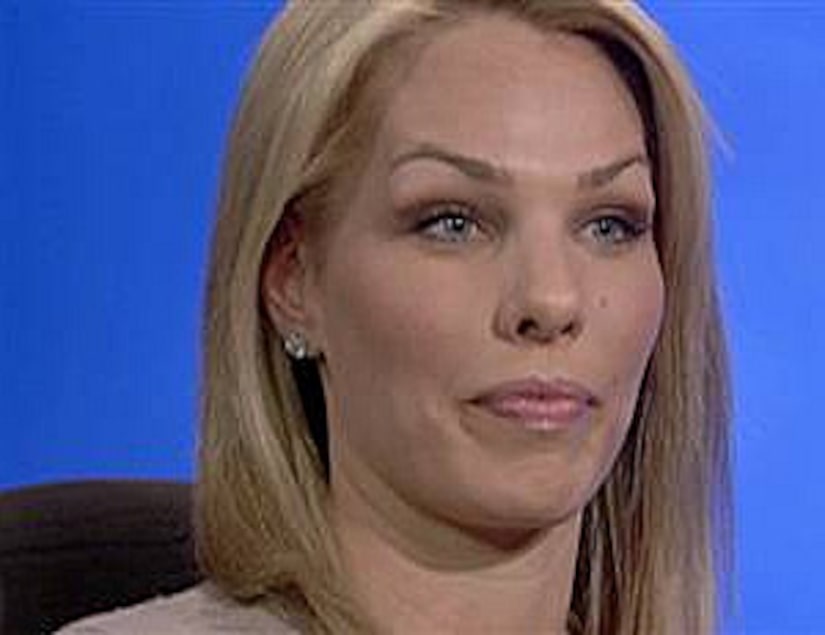 Yet another woman is speaking out about her alleged affair with Tiger Woods.

Cori Rist, 31, says the golfer, 33, told her that he was only staying with his then-pregnant wife, Elin Nordegren, 29, because of his image.

"He was not happy at home with his wife," Rist, a single mother, said on Monday's "Today" show. "He would stay there because she was pregnant, and they were expecting their first child. Because of his reputation and the image that he has, he had to uphold that."

On Friday, Woods was dropped as spokesman for financial firm Accenture. The company, which paid him a reported $15 million a year, said "given the circumstances of the last two weeks... the company has determined that he is no longer the right representative for its advertising."

Rist -- who claims she is only breaking her silence to dash rumors that she's a prostitute -- also says she thought she was Woods' only "other woman." The PGA winner apparently led Rachel Uchitel, Jaimee Grubbs and Jamie Junger to the same conclusion.

Find out more about Elin Nordegren

But she remembers Woods text messaging in the middle of the night. She now believes he was in touch with his alleged other mistresses' while physically with her.

That didn't stop him from inviting her to join him abroad in Australia (where he met up with Uchitel), Dubai, and in California. She turned him down every time.

Rist -- who met Woods in a New York City nightclub -- says their two-and-a-half-year relationship ended this past September.

"We had an argument over how I don't make enough time for him, and that was it," she says.

Rist regrets hurting Nordegren, who stepped out over the weekend without her wedding ring.

"I am just sorry for her pain. I hate that I am a part of it," she says. "I feel like I have to take responsibility for the things I've done and one day I am going to have to look my son in the eye and explain all of this."