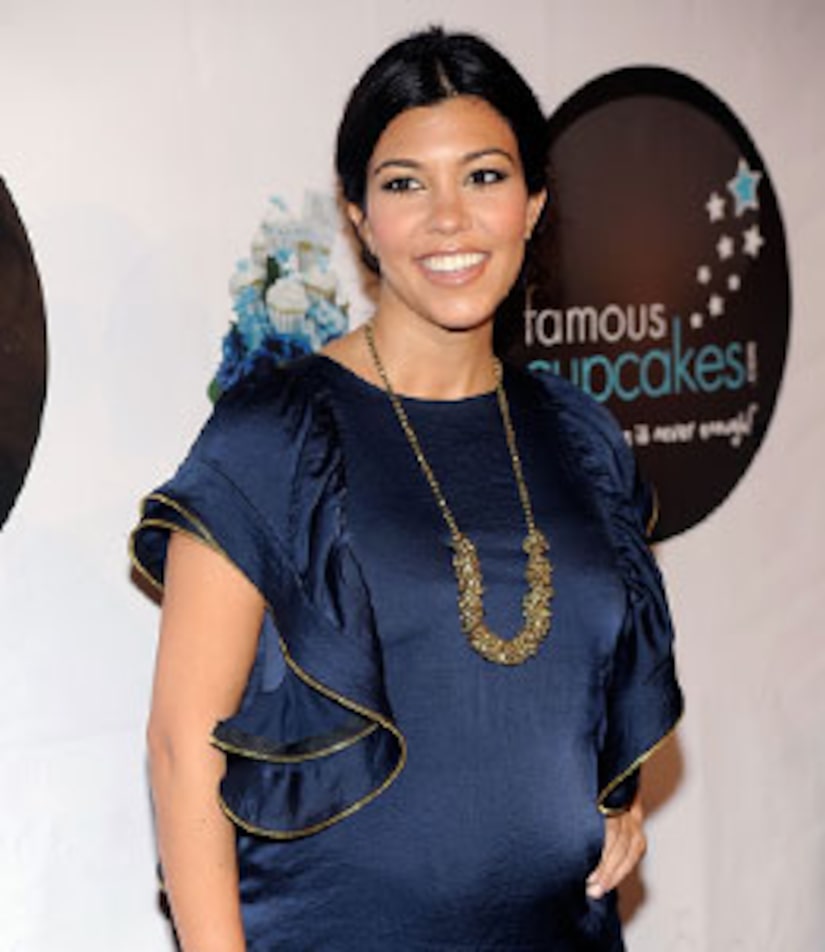 It's a boy for Kourtney Kardashian!

The reality TV star, 30, and Scott Disick, 26, welcomed Mason Dash Disick on Dec. 14, her rep confirms to E! Online and Life & Style. He weighed in at 7 lbs., 6 oz., and was 19 inches long. Dash is the name of the Kardashian clothing boutique.

Kardashian, who's best known for "Keeping up with the Kardashians," and her beau announced they were expecting in September.

This is the first child for both Kardashian and Disick. The two have been dating on and off since 2007.

Kardashian wasn't shy during her pregnancy. She told People magazine she enjoyed walking around her home while nude, and also flaunted her pregnant belly at numerous red carpet events, including the 2009 Emmy Awards.

Earlier this month, Khloe said her sister planned to breastfeed for five years.

"Kourtney was like, 'I'm so excited. I don't have to cook for five years!'" Khloe joked in an episode of the "Rachael Ray Show."