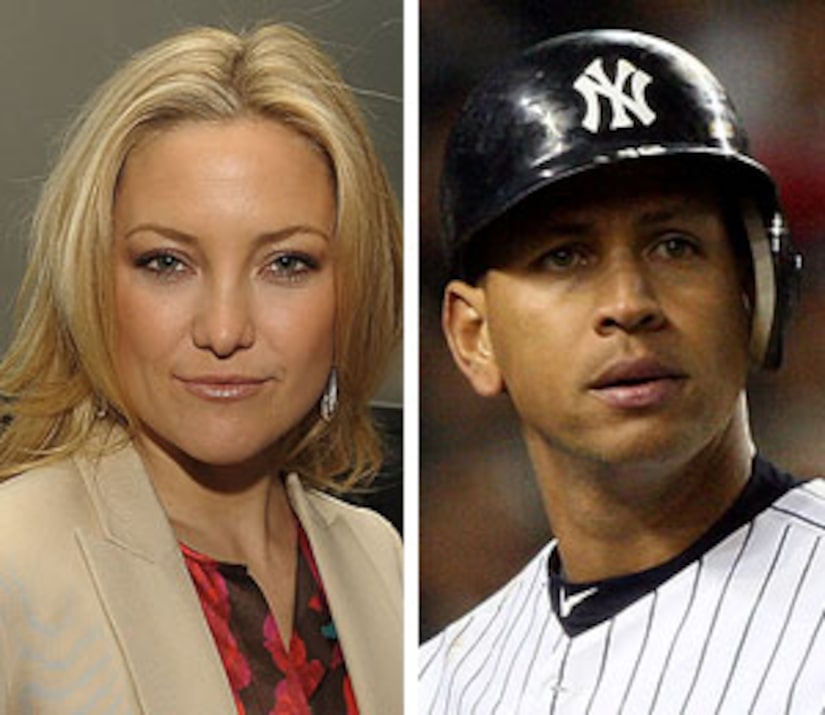 Kate Hudson and Alex Rodriguez have called it quits, a source tells Usmagazine.com.

The New York Yankee showed up solo to the Armani Exchange "Cool Shades of Style" dinner at Miami's Delano Hotel Saturday night, where was overheard telling people they broke up, a source says.

Check out photos of celebs who date sports stars

Hudson has been promoting "Nine" in New York City, and was most recently spotted at a gym in SoHo Sunday.

In an appearance on "Late Night with David Letterman" Thursday, Hudson giggled when asked about her beau, whom she began dating this past spring.

They were last spotted together earlier this month in London for the premiere of her dance flick.