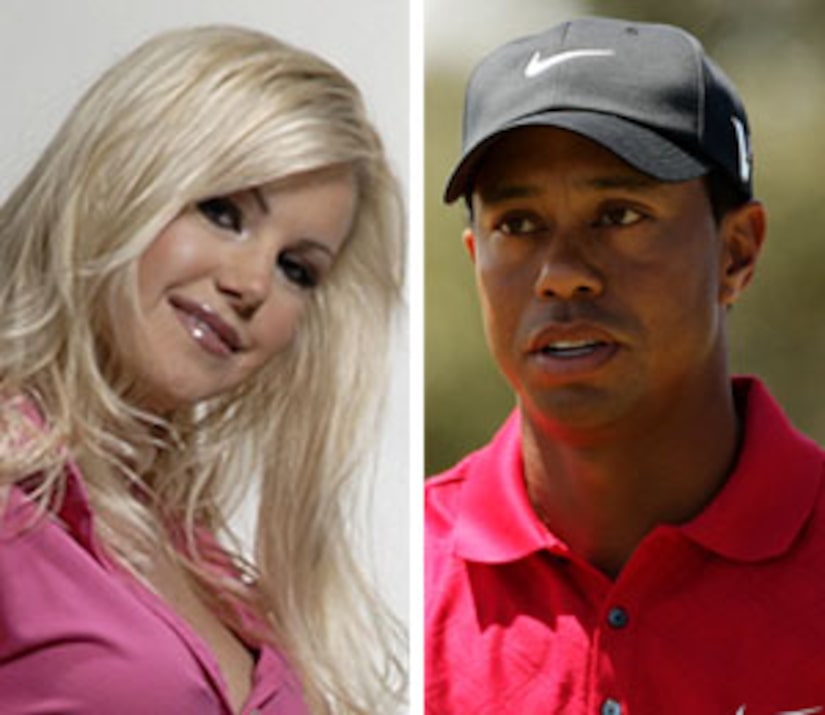 Tiger Woods is feeling the fallout from his affairs with a rumored 11 women -- and one of them, Jamie Jungers, feels that the sports star is getting exactly what he "deserves."

"I firmly believe he deserves everything he's getting now," Jungers, 26, tells London's News of the World. "He doesn't belong married, that's for sure."

See all the women who have been linked to Tiger

Jungers reveals that her affair with Woods, 33, began in the summer of 2005 -- a few months after he tied the knot with Elin Nordegren.

According to Jamie, she met Tiger at the Bellagio in Las Vegas, and began a sexual fling that lasted until the end of 2006. She claims to have been in bed with the PGA star at the home he shared with Elin when he received news that his father had passed away.

"I was beside him wearing nothing but a pair of panties," Jamie says. "Then at about 3 AM the phone rang. It was Tiger's mum. She called to tell him that his dad had passed away. Tiger looked utterly devastated and didn't say a word. He didn't even cry but I could tell he was heartbroken."

Check out some of Jamie's modeling pictures

Jungers says that her affair with Woods ended when she asked him for financial help -- and he refused. She says, "He's a cheap f***er and he just didn't want to help me."

Jamie says that she slept with Tiger in the bed he shared with Elin -- and admits she feels "bad for his wife."

"There were recent pictures of him and Elin, as well as their wedding photos," Jungers says of Tiger's marital home "That did make me feel bad for his wife. I'd hate someone to do that to me."

She continues, "I knew it wasn't right and I did try to put a stop to things but Tiger would pull me into his arms and on to the bed and beg me not to go. He'd tell me, 'But I love being around you'. And the truth is, I loved being around him."

This past week, Tiger apologized for his infidelities and announced he was taking a break from golf to focus on his family.