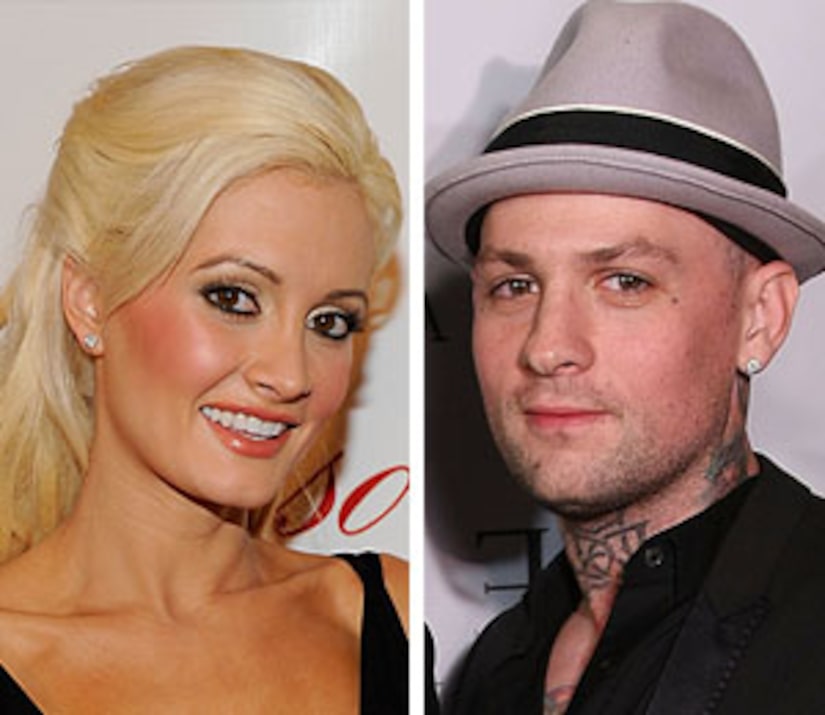 Holly Madison won't confirm Benji Madden is her boyfriend -- but she will say she has "adventures" with him.

"I don't want to talk about him, except that I like him," Madison, 29, tells People magazine of Madden, 30.

Rumors have been swirling that the former "Girl Next Door" has fallen for the Good Charlotte guitarist. The two shared a fun flirtation on Twitter before being spotted together at a Los Angeles coffee shop.

Holly won't confirm or deny the whispers of romance, saying only that Benji is her "mysterious adventure buddy."

She adds, "I think everyone needs an adventure buddy."

Madden was spotted at the Planet Hollywood Resort and Casino in Las Vegas Sunday, where Holly is living and filming her new E! reality show, "Holly's World."