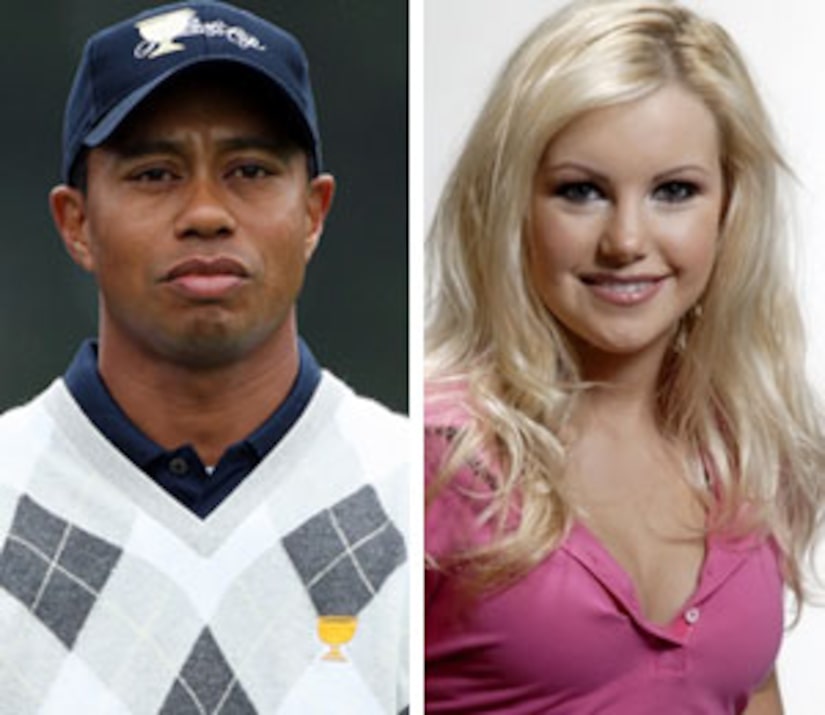 Tiger Woods paid one of his alleged mistresses, lingerie model Jamie Jungers, big bucks -- which she turned around and spent on plastic surgery.

See photos of Jamie Jungers dressed up as a sexy golfer

"Tiger gave Jamie thousands of dollars," a source tells the new issue of Life & Style. "She took that money to get liposuction on her thighs."

Woods, 34, met Jungers, 26, in Las Vegas back in 2005 while she was working for Trashy Lingerie. She claims they had an affair that lasted over a year while Woods was married and Jungers was engaged.

The golfer allegedly paid Veronica Siwik-Daniels, who goes by the stage name "Joslyn James," for her services.

A VIP concierge says Siwik-Daniels, "used to love to talk about 'all the freaky s*** Tiger dug in bed," according to website Deadspin.com. The website also claims Siwik-Daniels called herself Woods' "a full-time mistress."

Woods hasn't spoken about the alleged affairs since admitting to committing "transgressions" in a statement on his website Dec. 2.