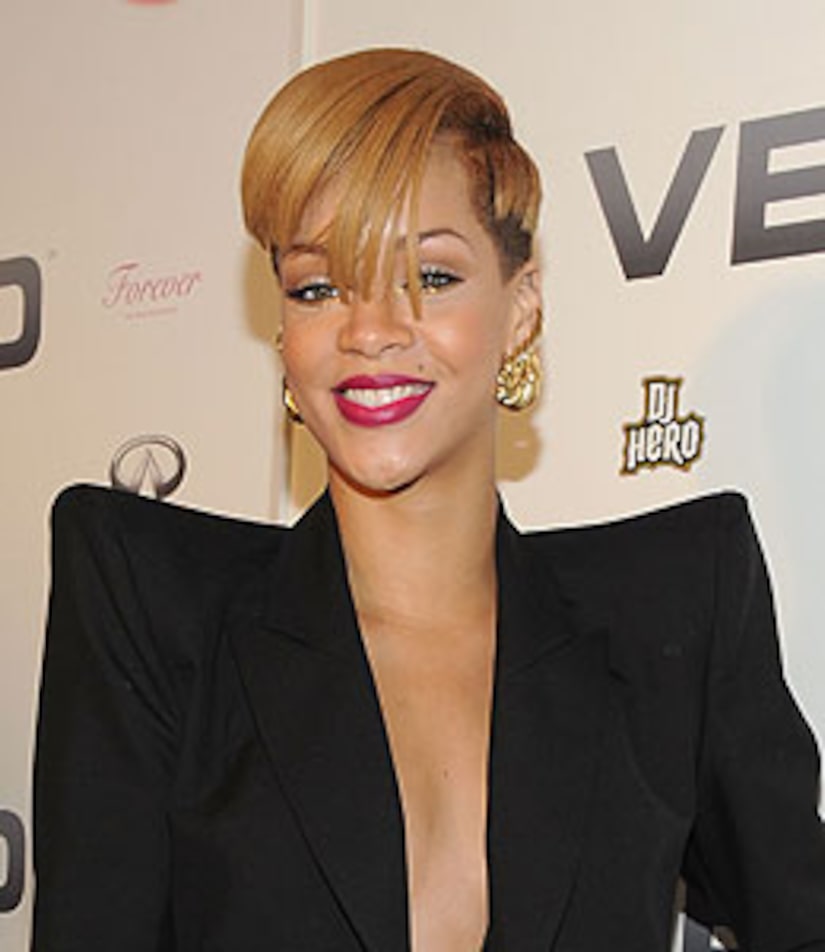 Rihanna got what she calls her "motto in life" tattooed on her chest Tuesday night at East Side Ink in New York City.

See how Rihanna has changed over the years

"She came in at about 2:00 AM," the shop's owner and artist Keith "Bang Bang" McCurdy tells OK! magazine. "She told me in advance she'd be coming, and then when she got there, she told me what she wanted: 'Never a failure, always a lesson,' but written backwards."

"I asked her why she wanted that and she said, 'It's kind of my motto in life for everything.' Instead of considering things to be mistakes, considering them lessons," Bang Bang explains of Rihanna, 21.

The tattoo artist adds that the words were written backwards so that the singer -- who he says is "doing great" -- would be able to read it in the mirror.

Check out some of Rihanna's wildest outfits!

This isn't the first time the singer (whose album, "Rated R" is in stores now) has gotten a tattoo to explain her feelings.

The month after she was beaten by ex boyfriend Chris Brown, she inked a gun under her arm.

"It's powerful. It's protection," Bang Bang explained then of her art.