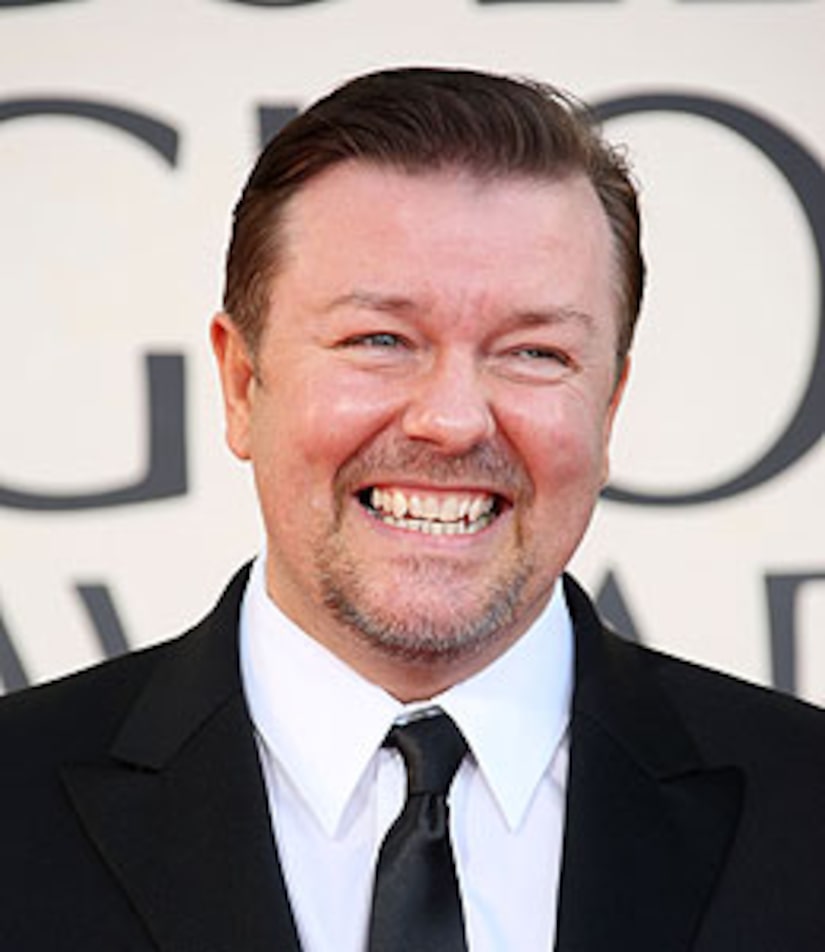 Hollywood's hottest young stars will have targets on their backs at the 2010 Golden Globes.

Ricky Gervais, this year's host, tells the Associated Press that he will give "gentle ribbing" to stars that are better looking and younger than he is.

Check out red carpet photos from the 2009 Golden Globes

"All of them, anyone younger and thinner and richer and more attractive than me. [Those are] the ones I'm going for," says Gervais, 48.

Stars are fair game at the awards ceremony, but Gervais says that he won't go after George Clooney because making fun of the actor would be like "having a go at Mother Teresa."

See which stars walked away with 2009 Golden Globe awards

Gervais says he plans to keep his material short because he's "best in small doses," and he's looking to old Hollywood for inspiration for his work.

"I want to host it a little bit more like someone from the Rat Pack would host," Gervais said.