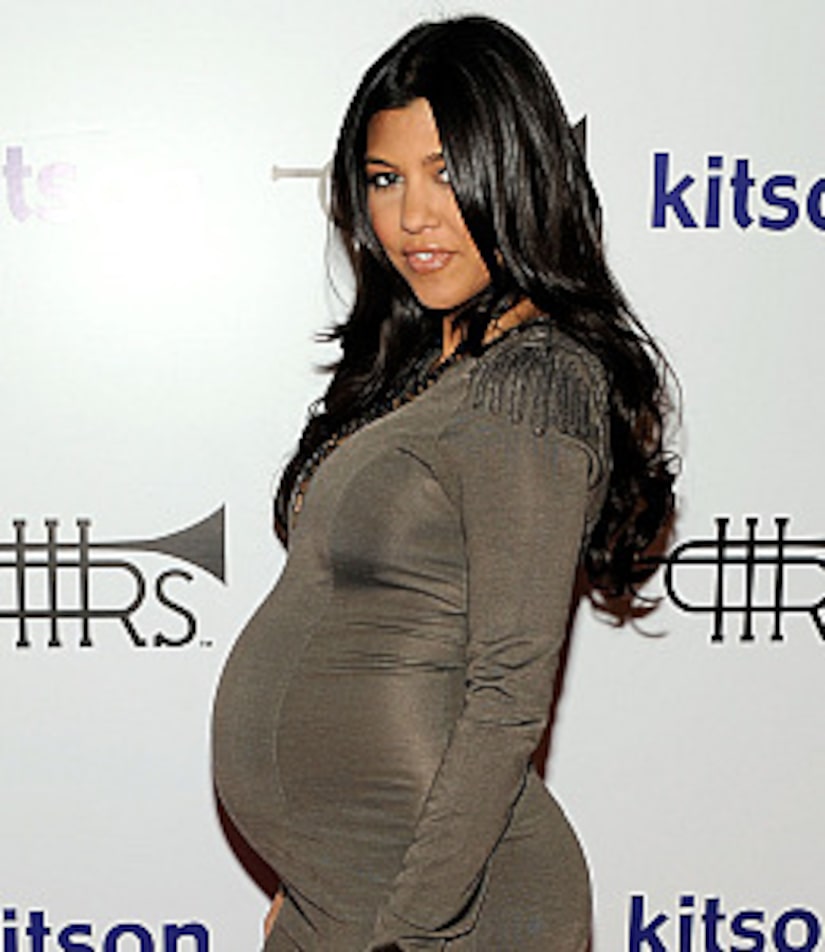 Kourtney Kardashian planned to breast feed her unborn son for a looong time.

"Kourtney was like, 'I'm so excited. I don't have to cook for five years!'" her little sister Khloe, 25, jokes in an episode of the "Rachael Ray Show" to air Thursday.

The American Academy of Pediatrics recommends breastfeeding for at least a year, and up to three years.

"Kourtney was never the type that I ever would think would ever want to have kids," she tells Ray. "She owns a kid's clothing store, and if a kid would come in she would be like, 'Where's your mom? You need to go find your mom and come in with her.'"

"She didn't understand it and she wasn't that nurturing," Kim admits.