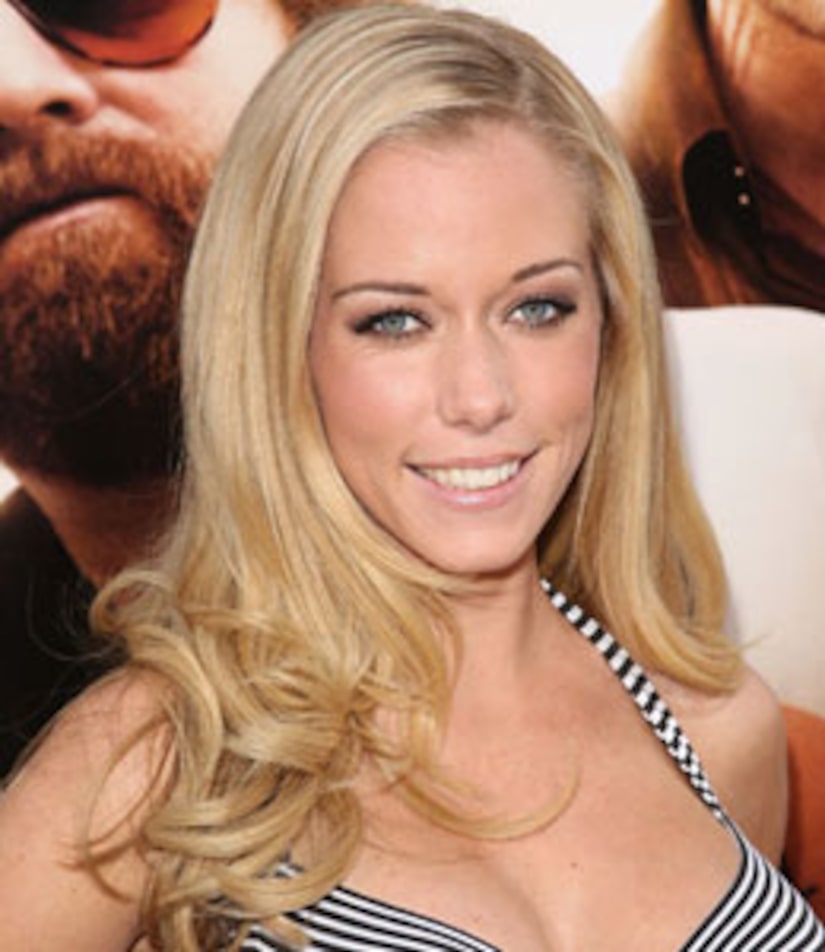 According to E! News, Wilkinson, 24, has entered an Indianapolis area hospital and is expected to give birth to Hank Baskett IV at any moment.

Kendra's ex, Hugh Hefner, got wind of the impending delivery, and tells E! News, "I send my love to Kendra, Hank and the baby on this memorable day."

In August, the former "Girls Next Door" star wrote on her blog, "Hank's dad and his grandfather were both named Hank, so it was very important to us to carry on the family tradition."

On June 11, Wilkinson announced that the couple were expecting a child. The two tied the knot the same month on June 27 at the Playboy Mansion.

Usher totes son Usher Raymond V -- along with his Elmo doll -- to a waiting car after landing at LAX.

Angelina Jolie enjoys a Big Easy stroll with three of her brood -- Pax, Zahara, and Shiloh -- in October 2008.

...Suri's gotta wear shades! Katie Holmes and her mini-me tot both sported oversized sunglasses during a stroll on the street in NYC, November 2008.

Tom Cruise and adorable baby Suri, dressed to the nines, make their way to the theatre where mom Katie Holmes performed "All My Sons" in NYC.

Angelina Jolie is cool and collected with all six kids in tow at the Narita Airport in Japan -- including daughter Vivienne, who she carried on her chest.