Jaimee Grubbs sat down with "Extra's" Lauren Sanchez to discuss her affair with Tiger Woods -- and apologize to his wife, Elin Nordegren.

"I couldn't describe how remorseful that I am to have hurt her family and her emotionally," Grubbs -- who got intimate with the golfer 20 times over about three years -- tells "Extra."

But, Grubbs, 24, admits, "If it wasn't me, it was going to be other girls. I did care about him -- I didn't do it for superficial reasons. I didn't do it to purposely hurt her."

She stops short of saying they were in love.

"Love is obviously a very strong word for me to even use," she admits. "I wouldn't necessarily say that I didn't love him. But I couldn't... I did never say that I did love him. I didn't let myself get that far."

Grubbs thinks Woods and Nordegren should "try to work" out their relationship.

"He's an amazing guy despite everything that is coming forth," Grubbs says of the father of two, who has been linked to 11 women. Grubbs and Woods allegedly had plans to hook up even as he and Nordegren were due to give birth to their second child, Charlie.

Grubbs isn't sure she'd be intimate with Woods again if he called it quits with Nordegren.

"I can't say that I would ever go back to him. I would definitely have a relationship with him whether it was friends or just to have him in my life," she says. "But as far as going back to him emotionally like I was -- I don't know if I can put myself through that again."

Grubbs says Woods "never mentioned his wife" when they were together.

"I wouldn't have pursued him if he didn't pursue me. I mean, when he did, I just figured he was single and I didn't think to ask," she says. By the time she learned he was married, they were "already in a relationship," she explains.

"I knew we had a respect between the both of us, that we cared deeply for each other and we did very much trust each other," Grubbs says of Woods. "But the words were never there. Nothing about the relationship was fake that I felt."

Grubbs describes her first kiss with Woods, whom she met in Las Vegas when she was just 20 years old. It wasn't until the morning after they met.

"We were sitting to eat and we were play fighting and we had our first kiss," she says. "It was very gentle, very sweet. It wasn't quick, but it wasn't a makeout session or anything like that. It was very respectable."

She says she kept their "intimate relationship... very sacred. It was something between the two of us that I did grow to love very much."

Even when they weren't in the same town, "we very much had a relationship," Grubbs says. "We did talk very often, we did talk about my jobs or whatever it may be. He was always interested in how my life was going and every holiday he would say, 'I hope you have fun with your family and I hope things are going well.'

Grubbs says she was last with Woods on Oct. 18 -- about a month before his controversial Nov. 27 car crash.

She says Woods made her "feel like I was the only girl, so to go back and see specifically now when there's more and it's really hard."

She explains that she felt the need to come forward with her story after hearing she wasn't Woods' only woman.

"Seeing that was devastating. It hurts," she says, saying they were "done" as soon as she found out. Hearing about Rachel Uchitel -- whom she calls herself "very similar to, very social, very outgoing" -- "hurt" the most, she says.

What would she say to Woods if she had the opportunity?

"I would tell him that no part of our relationship was fake and I cared for him. It would hurt the way he made me feel [because] he was doing that with other women and I am sorry that everything is coming out and happening the way it did, but I needed to get everything off my chest."

She says she has no regrets.

"I've learned from everything that I did. Had I not acted on emotion, I probably would have taken a second to think of how it was going to affect my family and the impact it was going to have not on my life, but on everybody that's been involved in this," she says.

For more of "Extra's" interview with Grubbs, tune into tonight and tomorrow!

Check out pictures of Tiger and his family below: 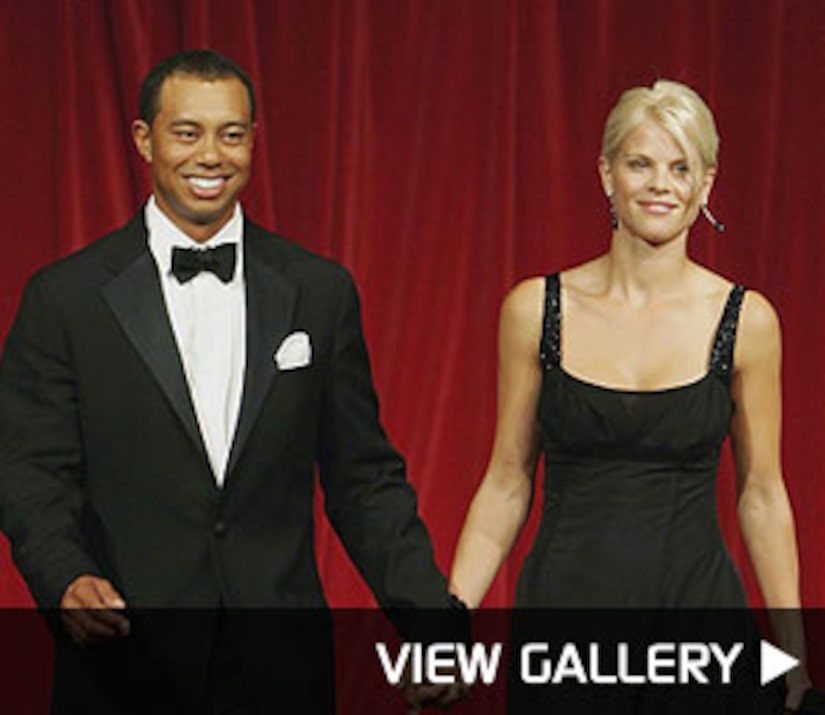