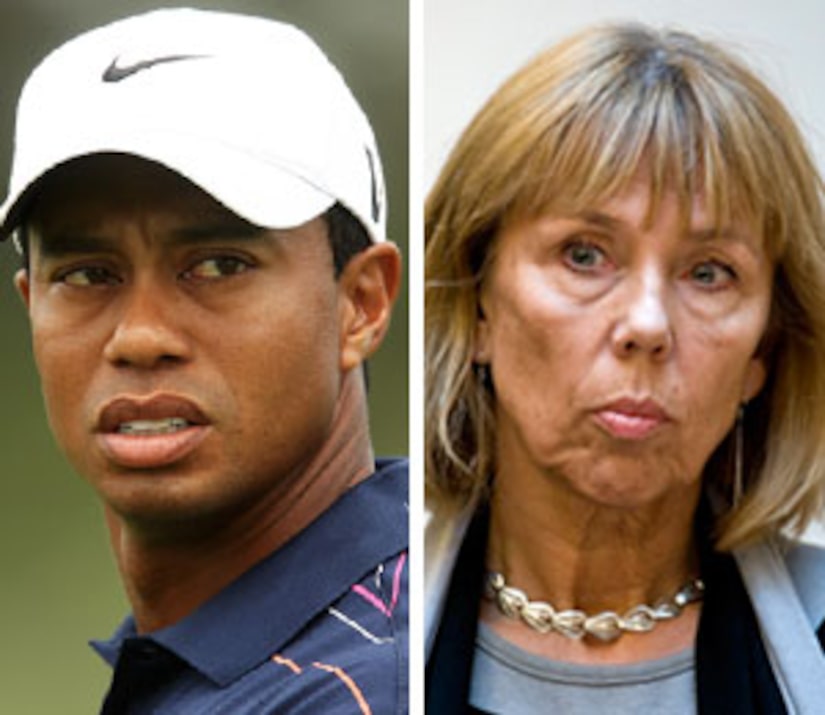 "Oh my god, my mom just collapsed," a hysterical woman is overheard telling the operator. "She collapsed in the bathroom. What do I do?"

Elin Nordegren's mother Barbro Holmberg was taken by ambulance to the hospital at 2:35 AM. According to reports, Elin's twin sister, Josefine, has been staying at the family's Florida mansion as well since news broke that the golfer was having affairs.

The operator instructs the woman to "calm down." You can hear the phone drop as the woman checks on her mother. "I'm running back and forth from the phone," she says.

When asked what happened, the woman says, "She fainted. She's been down for awhile. I heard her fall and then I ran and tried to get her up."

The woman says that Holmberg is conscious. "She's fine. She's fine.... her breathing is completely normal," she says.

She also apologizes, and says, "I'm sorry. I got so scared."

It has been reported the family originally turned down an ambulance. The operator is heard saying they'd like to "check her vitals," and the woman says it's "not urgent though."

Holmberg was treated for stomach problems and released from the hospital Tuesday afternoon, a spokesperson confirmed.