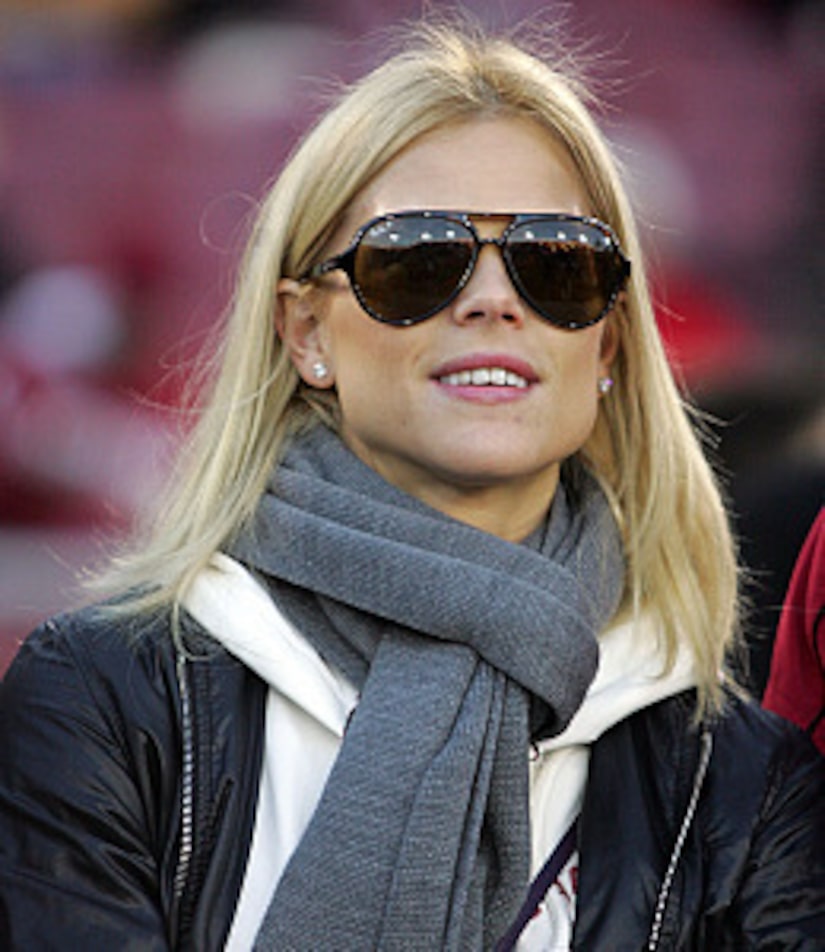 UPDATE: Barbro Holmberg has been released from the hospital.

Elin Nordegren's mom has been identified as the woman rushed to the hospital from Tiger Woods' home early Tuesday morning.

Listen to the frantic 911 call.

Barbro Holmberg, a prominent Swedish politician, is in stable condition, according to the Associated Press.

Firefighters responded to a 911 call at the golfer's mansion at 2:36 AM, Orange County Fire Rescue spokeswoman Genevieve Latham told the Orlando Sentinel.

Holmberg was taken to Health Central Hospital in Ocoee, the same hospital that treated Woods after he crashed his Cadillac Escalade on Nov. 27.

See a list of the 10 women Tiger is linked to

Video shot by the local NBC affiliate showed the Holmberg on a stretcher. It was reported Holmberg was an "advanced life support patient."

A Black Cadillac SUV similar to the one Woods crashed was spotted at the hospital Tuesday morning.

Read all the jokes being cracked about Tiger