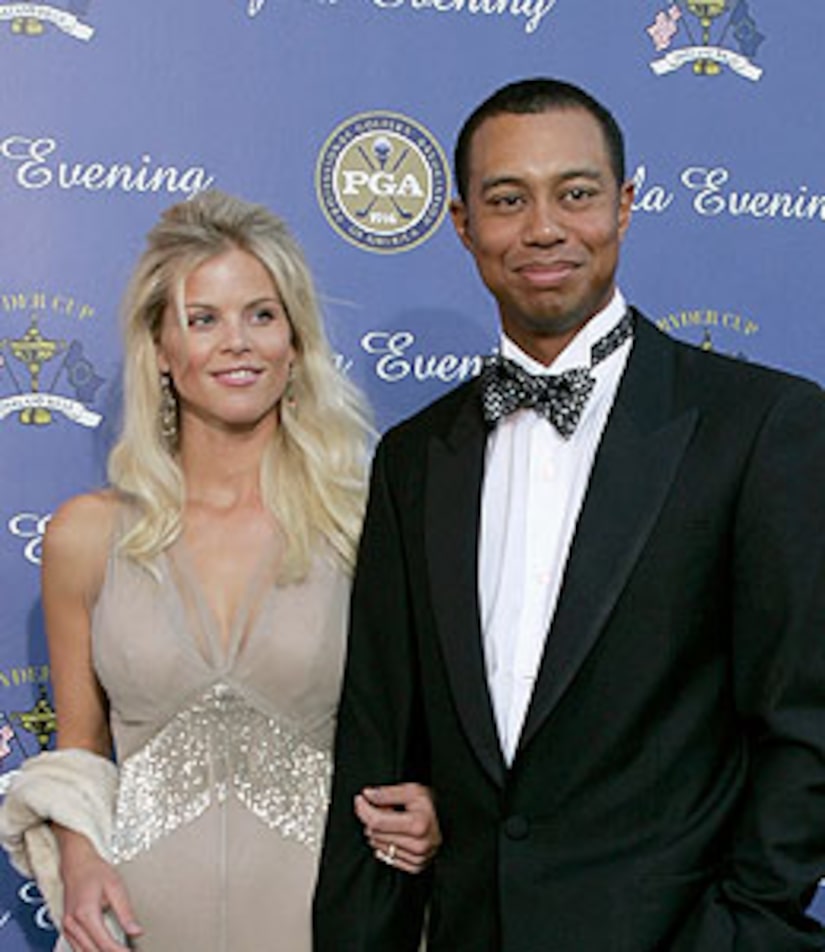 The site says that Nordegren is living nearby. The couple purchased a 10,000 square foot mansion on Jupiter Island, Fla. in 2006, but it is still under construction.

Nordegren renegotiated her prenup with Woods after reports surfaced that he may have been having affairs with as many as 10 women. She is set to receive $75 million if she remains married to the golfer for two more years, The Daily Beast reported.

Check out all of Tiger's rumored flings

Meanwhile, according to a police report, a witness on the scene of the crash -- believed to be Nordegren -- told the Florida Highway Patrol that Woods was drinking earlier that day.

According to documents obtained by TMZ, Nordegren also told the FHP "that the driver was prescribed medication (Ambien and Vicodin)."

The FHP initially suspected Woods was under the influence "due to the careless driving that resulted in the traffic crash," according to the report.

Authorities have since determined alcohol was not a factor in the crash.