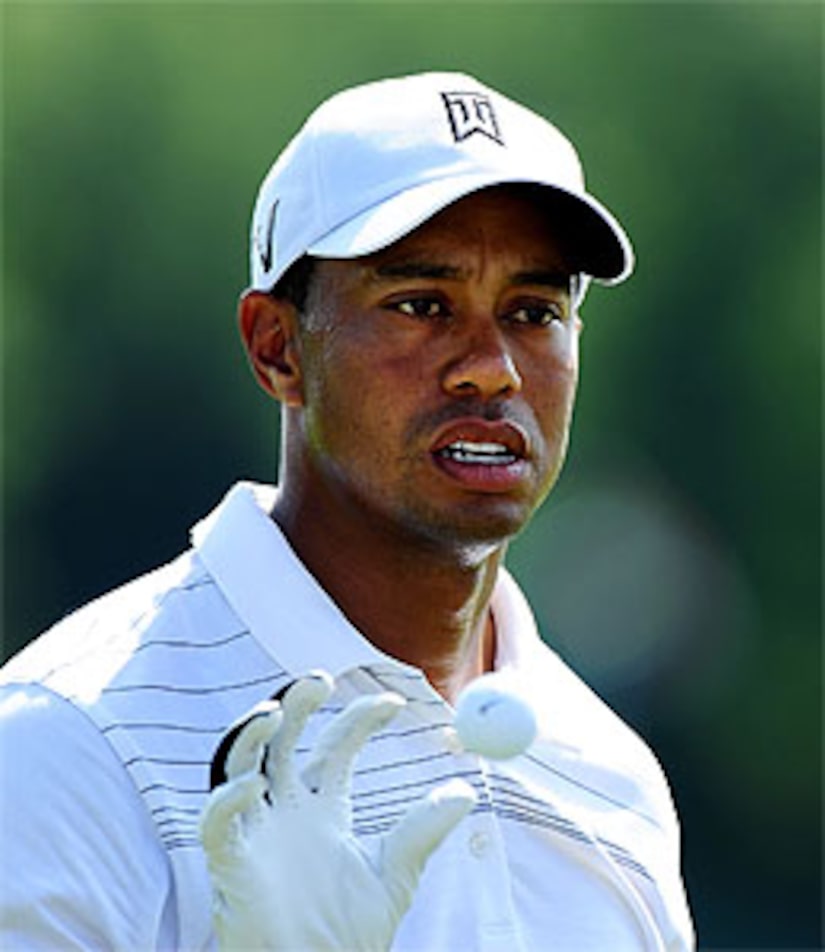 Tiger Woods has more allegations to answer to.

Woods, 33, is accused of having yet another extramarital affair with Mindy Lawton, a waitress who claims to have had a year-long affair with the pro golfer after meeting him at an Orlando restaurant in 2006.

Lawton, 33, says that she and Tiger began an intense sexual relationship in May 2006, when his wife Elin Nordegren was pregnant with the couple's daughter, Sam Alexis.

Mindy divulged intimate details about her relationship with Tiger to London's News of the World -- including the PGA star's alleged preferences in the bedroom.

"Sometimes I looked like a rag doll after we'd made love," she told the paper. "He really did like it quite rough. He wanted to spank me and loved pulling my hair as we had sex. He also liked me to talk dirty to him, but hair-pulling was what really turned him on."

Lawton says the nature of their relationship with strictly physical. "I realize now all he wanted me for was sex. The only time he would call was when he wanted it. Tiger just used me as his sex toy."

She adds, "I thought I meant something to him, but all he cared about was lust. He is a selfish, heartless man."

Check out which famous women have dated sports stars

Mindy claims to have had sex with Tiger all over his Florida house -- except in the bedroom he shared with Elin, which was "off-limits."

"I saw his bedroom. It had all white linen on the bed, but he did not take me in there. That was off limits. He wanted sex all over the house, but not where he slept with Elin."

Lawton is the latest in a string of women accused of sleeping with the golfer. Los Angeles cocktail waitress Jaimee Grubbs has also confessed to an affair with the golfer.

Woods has been linked to Rachel Uchitel, Kalika Moquin and Jamie Jungers, all of whom have not confirmed the alleged affairs.