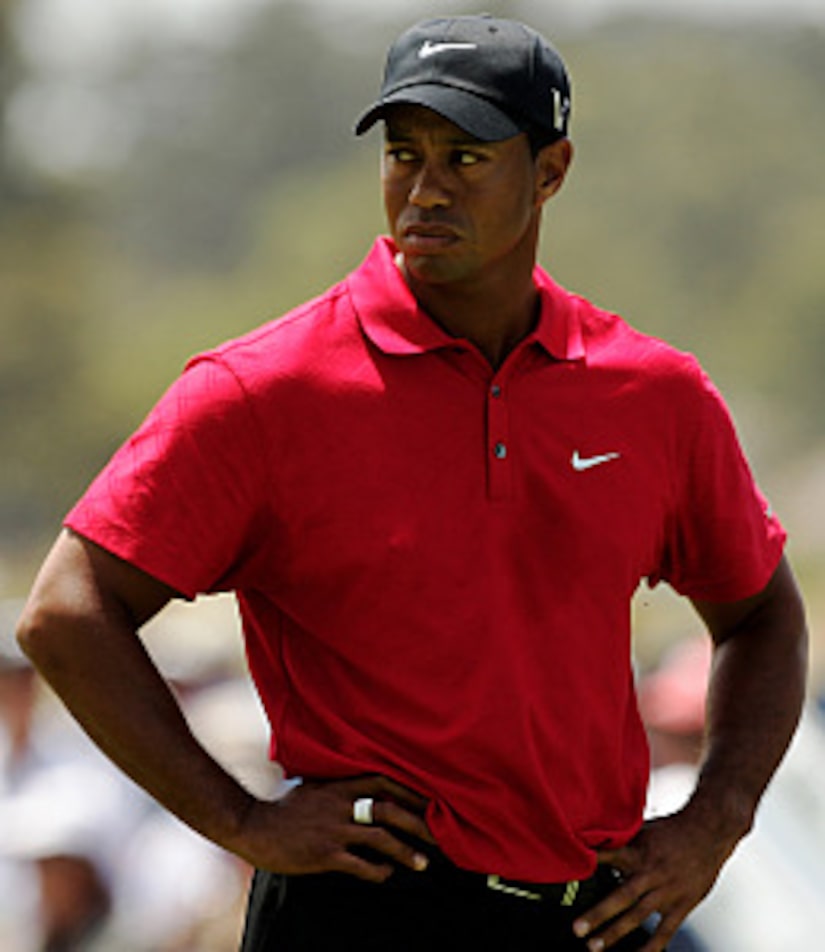 Tiger Woods had a dream about his alleged mistress Rachel Uchitel sleeping with Derek Jeter and David Boreanaz.

"I had a dream we were married and I was leading the tournament," Woods wrote in an email to Uchitel, according to the new issue of Us Weekly.

"I came home, excited to see you, and there you were in the bedroom getting f--ked by Derek and David [Boreanaz]. Some part of me thinks you would like that," the married golfer added.

Wood had reason to think about Uchitel getting intimate with the "Angels" actor and New York Yankees captain. The magazine reports that Uchitel, a VIP host at NYC clubs, had bedded Woods, Jeter, the married Boreanaz and Ryan Seacrest.

On Friday, the daughter of Uchitel's lawyer Gloria Allred explained that Uchitel had likely received a payment of at least $1 million to keep quiet about their alleged affair. Uchitel has denied sleeping with Woods, but multiple sources have confirmed they were indeed having sex.