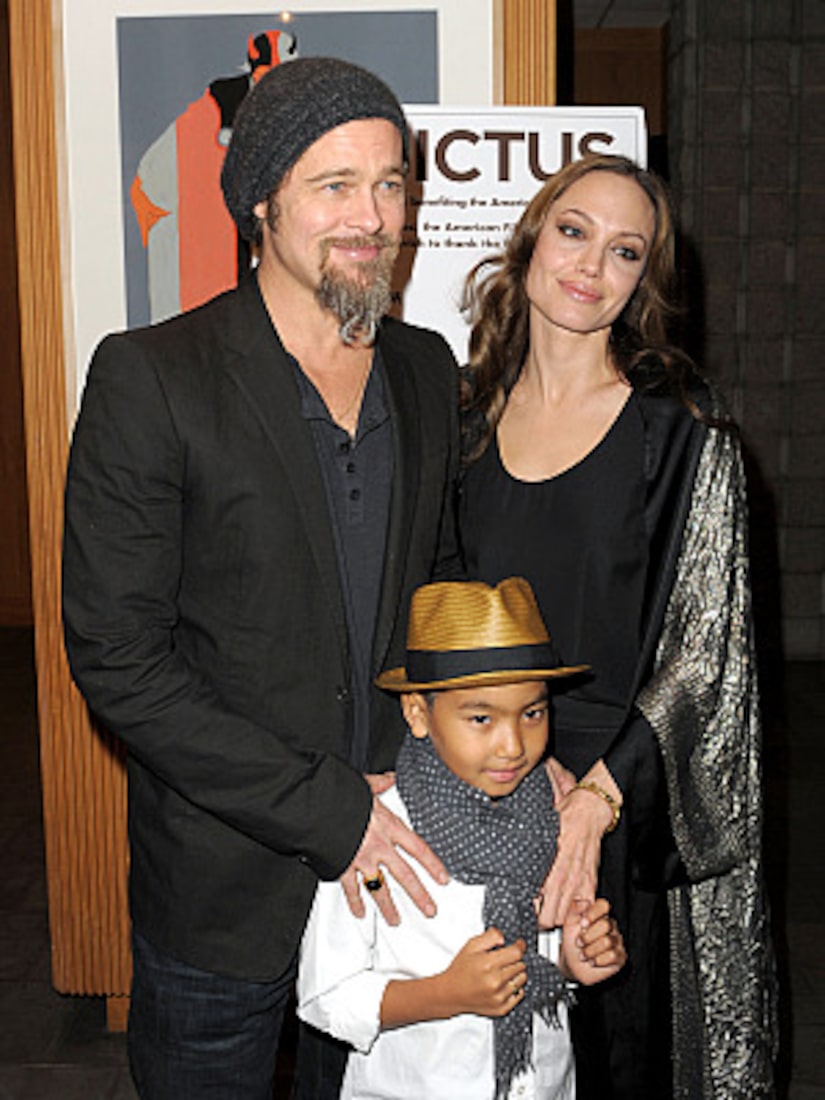 What a life at eight years old!

The family hit the premiere of Warner Bros.' "Invictus," which stars Matt Damon and Morgan Freeman and was directed by Clint Eastwood (who helmed Jolie's recent drama, "Changeling").

Maddox is a bit young for the drama though -- it's rated PG-13 for "strong language."