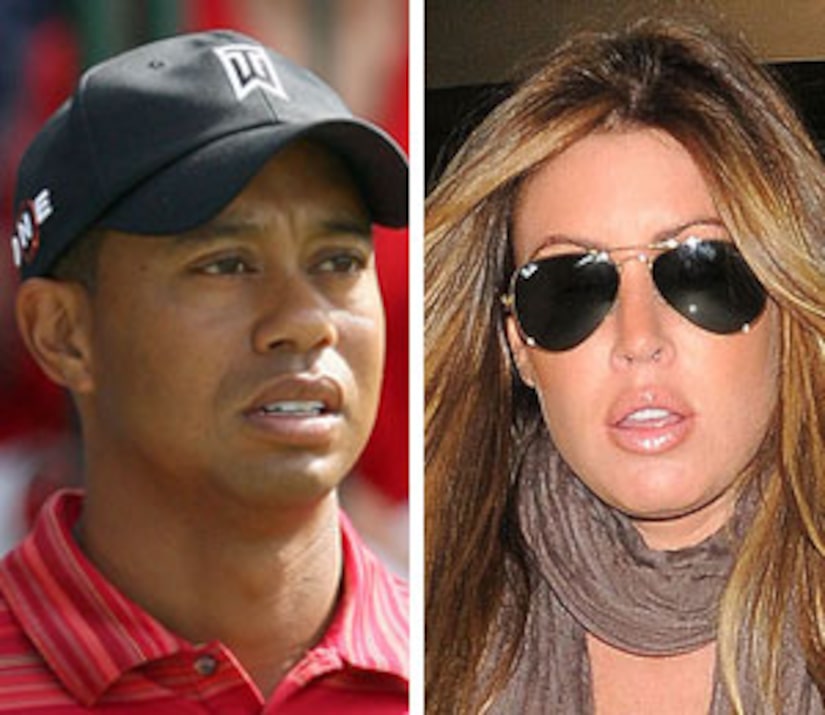 Tiger Woods struck a deal with Rachel Uchitel to keep her quiet about their alleged affair, according to the daughter of Uchitel's lawyer.

Lisa Bloom, a legal analyst for CBS, says she's never seen her mom, Allred, cancel a news conference, and it can only mean one thing: she made a confidential deal with Woods' camp.

Bloom, who worked with her mom for nine years, estimated on the CBS "Early Show" Friday that the settlement would be worth "at least a million dollars."

Woods and his wife Elin Nordegren were reportedly fighting about his relationship with Uchitel when the golfer got in his controversial car crash last Friday morning.

According to The Daily Beast, Woods also renegotiated his prenup with Noredegren after the accident -- guaranteeing her an additional $55 million of his billion-dollar fortune if they remain married.