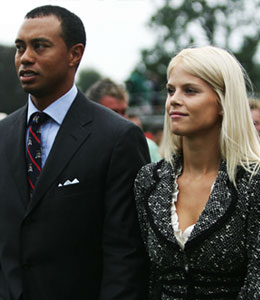 Despite Tiger Woods' multiple affairs, the golfer and wife Elin Nordegren aren't ready to give up on their marriage.

It's reported the couple have begun "intense" marriage counseling sessions.

On Wednesday, n an open letter on his website, the athlete apologized for "transgressions" with other women.

The Chicago Sun-Times reports the two, who married in 2004, are undergoing the sessions at their Florida home and the couple's mothers have also been giving advice. The Sun-Times claims Woods' mom Kultida Woods as well as Nordegren's mother Barbro Holmberg want them to "do all they can to save their marriage."

See photos of the Woods family

Woods, 33, and Nordegren, 29, also have two children together, daughter Sam and son Charlie.